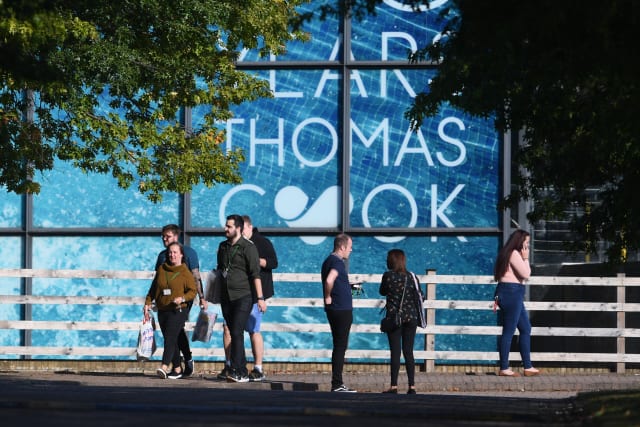 A senior MP has called on Thomas Cook’s “high-paid executives” to hand their bonuses over to the collapsed firm’s pension fund.

Frank Field, chairman of the Commons Work and Pensions Committee, said former employees of the travel company face a “long wait” to find out how much of their savings they may have lost.

The committee said that recent calculations, following correspondence with trustees in Thomas Cook’s pension scheme, mean there will “not be enough to secure their earned retirement benefits in full”.

It said the scheme is expected to have sufficient assets to provide workers with more money than if the scheme was forced into the Pension Protection Fund, but still not secure the full amount.

It is therefore likely that some members of the scheme will not receive their full pension entitlement, the committee said.

Trustees indicated to the committee that, despite the relatively healthy level of funding in the scheme, the accounts “overplayed its position”, it said.

The Pension Protection Fund said last month that it would assess the funding levels of the Thomas Cook pension scheme.

Mr Field said: “Thomas Cook workers now face a long wait to find out exactly how much they’ve lost from their life savings, and, while their former bosses might argue that this isn’t another BHS, Carillion or British Steel, they will have a hard time justifying the millions they pocketed while the company collapsed around them.

“If they’ve had a chance to check how their own pensions are affected, perhaps the high-paid executives responsible would like to bolster the retirement of some of the workers they left behind, and give some of it back?”