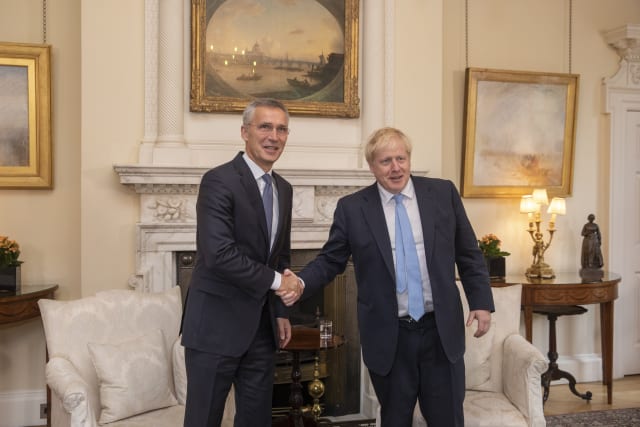 Mr Stoltenberg discussed the situation at a meeting with Prime Minister Boris Johnson in Downing Street.

He expressed concern over the impact the military action could have on the fight against so-called Islamic State, which he referred to as Daesh.

Speaking outside Number 10 following the talks, the Nato chief said: “I am deeply concerned about the consequences.”

He added: “I am concerned about how this can further escalate the tensions in the region.

“How it can further destabilise the region, and the human suffering.

“And, not least, I am concerned about the consequences for … the gains we have made in fighting our common enemy, Daesh.

“And it is extremely important that we preserve those gains.”

Asked about the suspension of arms sales to Nato member Turkey by EU nations, Mr Stoltenberg said: “It reflects that many Nato allies are very critical and are condemning the military operation in northern Syria.”

Still a risk Covid-19 could ‘run out of control again’, Nicola Sturgeon warns