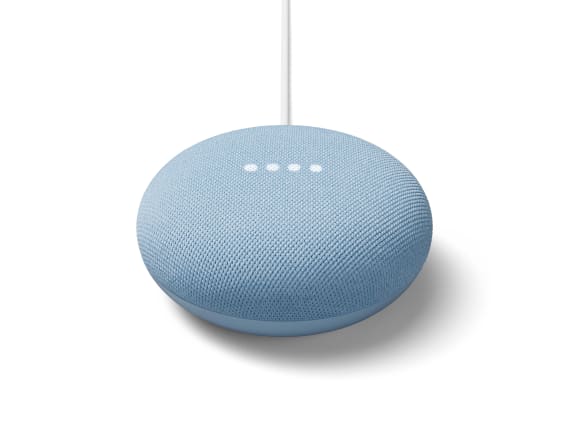 The head of Google’s devices division has admitted he tells visitors he has smart speakers in his home before they enter the building.

The voice-activated smart home devices, including Google’s Nest speakers and Amazon’s range of Echo device, have raised privacy concerns in some quarters because of their use of microphones and audio recording capabilities.

Speaking to the BBC following a live event where the tech giant unveiled its newest phone as well as a new Nest Mini smart speaker, Rick Osterloh said he thought it was right that homeowners told visitors about any smart home devices being used.

“Does the owner of a home need to disclose to a guest? I would and do when someone enters into my home, and it’s probably something that the products themselves should try to indicate,” he said.

Some smart home devices now come with physical switches to disable or cover camera lenses and disable microphones, as well as LED lights to indicate if they are active in an effort to improve transparency.

Earlier this year, Google along with Apple, Microsoft, Amazon and Facebook all admitted human reviewers had been used to analyse some audio data gathered with user interactions with smart speakers or voice-based virtual assistants.

Critics accused the firms of failing to adequately declare these practices – which the companies said are carried out for quality control and to continue improving speech recognition technology.

Most have since confirmed updates to their practices.

Mr Osterloh acknowledged that wider regulation was needed for the technology sector and its use of data, but said Google was taking steps to make such processing more secure.

“It would be great for regulation to be clarified quickly,” he said.

“The approach we’re taking is to try to keep all of this information on devices as much as possible and always keep it private and secure and encrypted.

“There’s certainly a key responsibility to make sure the user’s information is protected.

“But everyone would benefit from clarity of standards and regulation. It is a challenging space to navigate. And it’s very important it’s thoughtfully navigated.”