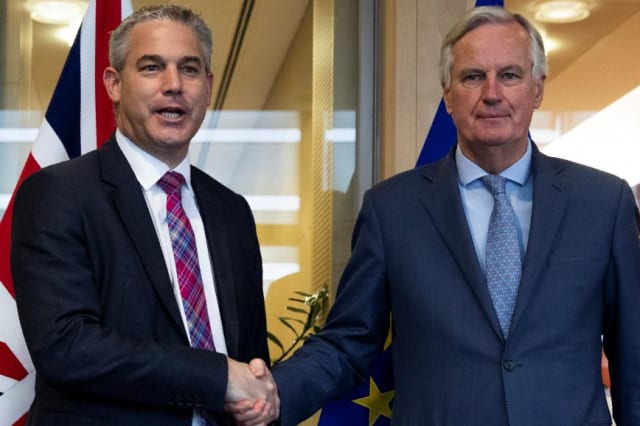 Britain's departure from the European Union will be delayed, according to the vast majority of economists polled by Reuters who again said the two sides would eventually agree a free trade agreement as the chance of a no-deal exit had fallen.

Michel Barnier, the EU's chief Brexit negotiator, said on Tuesday that reaching a deal on Britain's departure from the bloc before the scheduled date of Oct. 31 had become "more and more difficult".

Barnier told EU ministers that he saw three possible scenarios ahead: a deal with Britain later on Tuesday, another delay to Britain's departure, or a "breakdown" of talks, according to diplomats.

Prime Minister Boris Johnson, one of the driving "leave" forces in the 2016 referendum in which Britons voted to exit the EU, has pledged to take the United Kingdom out of the bloc on that day with or without a withdrawal agreement.

But his hands may be tied as the parliament has passed a law saying Britain cannot leave without an agreement - and Johnson has not explained how he can get around that.

The chance of a disorderly Brexit dipped in the latest poll to 30% from 35% given in September. Forecasts ranged from 5% to 60%.

"Despite all the excitable commentary, I still believe no deal to be a relatively low-probability event. It will cause significant economic disruption," said Peter Dixon at Commerzbank. 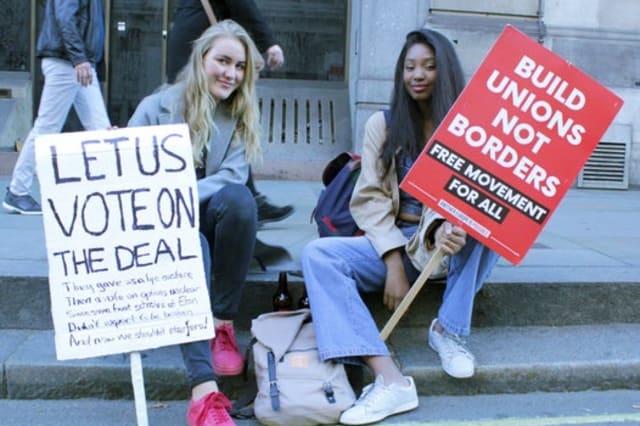 An EU summit is due to start on Thursday and Johnson and EU leaders will face a tumultuous reckoning that could decide whether the divorce is orderly, acrimonious or delayed again.

All but five of 49 economists who answered an extra question in the Oct. 8-15 poll said Brexit would be delayed again, something Finland's EU affairs minister, Tytti Tuppurainen, said leaders would discuss at the summit.

Almost half the economists answering the question - to which they were allowed to select more than one option - said a general election would be held.

"The most likely scenario at present seems to be a Brexit extension followed by a general election," said John Hawksworth at PwC.

"After that, all scenarios are possible from no deal to no Brexit, but our main scenario assumes that a deal is eventually struck sometime in 2020."

As in all Reuters polls since the referendum, a strong majority of economists said the two sides would eventually settle on a free trade deal.

However moving up to second place this month from third in September was Britain remaining a member of the European Economic Area, paying into the EU budget to retain access to the Single Market yet having no say over policy.

Now in third was the more extreme option of leaving without a deal and trading under World Trade Organization rules. It is not the first time these two options have flipped.

Fourth place was again held by a cancellation of Brexit.

As well as worries about Brexit, Britain's economy is feeling the drag from rising U.S.-China trade tensions, which have weighed on global growth.

Britain's economy contracted in the second quarter and although it appears to have grown between July and September, avoiding a recession, the country's strong labor market is weakening.

Economic growth was expected to average 0.2-0.3% per quarter through to the end of next year, unchanged from September.

The median probability of a recession in the next year fell to 30% from 35% given last month but the chance of one in the next two years held steady at 35%.

With the trend in pay growth weakening, something closely watched by the Bank of England, and Brexit uncertainty swirling, no change to Bank Rate from 0.75% was expected until the second half of 2021, the wider poll found. None of the 77 economists polled expected a change on Nov. 7.

"We do think, however, that interest rates would also be cut if there were one or two more delays to Brexit. Prolonged Brexit uncertainty would cause both firms and households to continue putting off spending," Capital Economics said in a note to clients.

The Bank of England will probably need to cut interest rates if Brexit is delayed again, leading to further uncertainty, rate-setter Gertjan Vlieghe said on Tuesday.