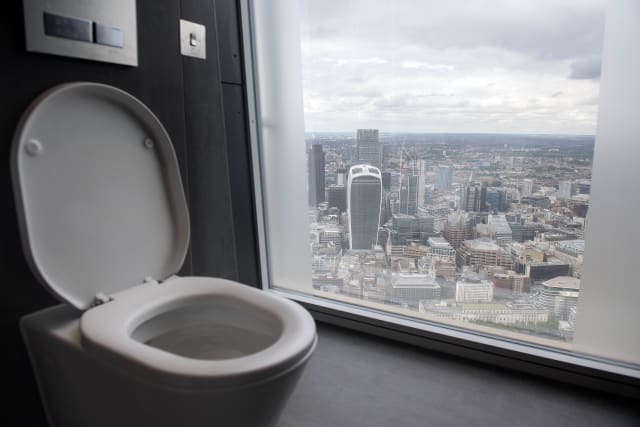 An ad for Andrex toilet wipes carrying a slogan claiming they are “flushable” has been banned for misleading consumers.

A website for the Andrex Washlets wipes, seen in April, featured a logo headed “flushable” with text underneath stating: “Look for this label!”

It said: “This means our flushable washlets are specially designed to break down in moving water, so they won’t block your toilet if your sewage system is well maintained and you follow the directions on the packaging”.

However the Advertising Standards Authority (ASA) banned the ad after Andrex owner Kimberly-Clark admitted that the product did not meet Water UK’s ‘Fine to Flush’ standards and relied on international industry flushability guidelines instead.

The ASA stressed that it had made no judgment on the flushability of Andrex toilet wipes but had banned the ad for failing to make clear that the product did not conform to relevant UK standards.

The ruling followed a complaint from a member of the public that the ‘flushable’ claim on Andrex wipes was misleading.

Kimberly-Clark said the product complied with INDA (Association of the Nonwoven Fabrics Industry) and EDANA (European Disposables and Nonwovens Association) guidelines for assessing the flushability of disposable nonwoven products, meaning that they neither blocked a user’s toilet nor contributed to blockages in the sewerage system.

The firm said they recognised their product did not meet Water UK’s Fine to Flush specification developed by the Water Research Centre (WRC) but disagreed that this was the most useful measure of whether a wipe was flushable.

The ASA said consumers would understand from the ad that there was a single standard used to determine whether a product was capable of being flushed down the toilet without causing blockages, when this was not the case.

The ASA said: “We considered that in order to make an informed decision, it was material for consumers to know that another accreditation existed in relation to a product’s ‘flushability’, which Andrex Washlets had not been given.

“In the absence of qualifying information to that effect, we concluded that the claim ‘flushable’ was misleading.”

A Kimberly-Clark spokeswoman said: “The ruling acknowledges that while Andrex Washlets meet the international INDA/EDANA standard for flushability, the website did not refer to the new voluntary Water UK ‘Fine to Flush’ standard.

“The introduction of this new standard for flushability in the UK, Fine to Flush, happened only this spring and while Andrex Washlets have not yet been tested against it, we are now working with Water UK to add this UK standard at the earliest possible time.

“In the meantime, we have updated the wording on our website to align with the ruling.”

Water UK director of corporate affairs Rae Stewart said: “Water UK is very clear – wipes manufacturers should not label or sell products advertised as ‘flushable’ if they don’t pass the official ‘Fine to Flush’ standard. Our research shows that wipes can be a major contributor to sewer blockages, and customers have been left confused by wipes labelled ‘flushable’.

“If a wipe doesn’t have the official ‘Fine to Flush’ label we do not regard it as flushable, and it should go in the bin not the toilet.

“We look forward to working with Kimberly-Clark as they seek to meet the ‘Fine to Flush’ standard for their products.”

Steve Grebby, from the Consumer Council for Water, said: “Sewer flooding causes misery for thousands of households so we hope this marks a watershed moment in the wider battle to prevent consumers being misled over what items are safe to flush.

“We want to see more wipe manufacturers adopting the Fine to Flush standard so all of us can make an informed choice when checking the label.”