EU citizens’ rights should be enshrined in law, says minister 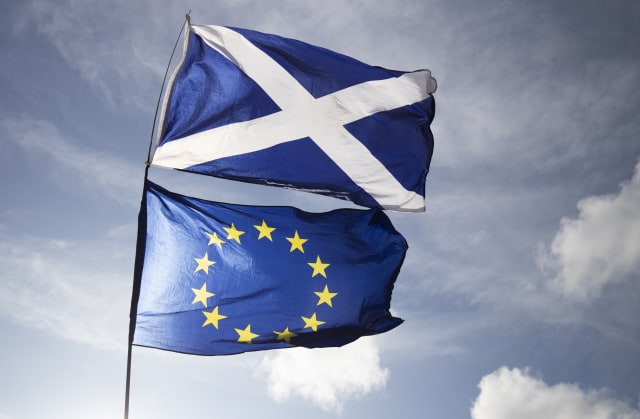 The Scottish Government has called on the UK Government to enshrine the rights of EU citizens in law.

Scotland’s Migration Minister Ben Macpherson said that such a move should have been made immediately after the EU referendum in June 2016.

Speaking at the SNP conference in Aberdeen on Monday, Mr Macpherson also said that pre-settled status for EU citizens who want to stay in the UK after Brexit should be scrapped in favour of a registration process with no end date.

“The ending of freedom of movement and Brexit is a direct threat to our communities and to many of our businesses, but also it’s an attack on who we are,” Mr Macpherson said at a conference fringe event on EU citizens.

“We need to continue to be incredibly strong in pushing back on this really disgraceful anti-migrant feeling that there is at the heart of the Brexit movement.

“We, from the very beginning, have said that the UK Government should have, and still could, enshrine people’s rights in law straight away.

“They should have done that as soon as they could have after the Brexit vote and we’re continuing to call on them, both at Westminster and in Holyrood and beyond, to enshrine EU citizens’ rights in law.”

Earlier this month, Mr Macpherson wrote to the UK’s Home Office Minister, Brandon Lewis, urging him to ditch the requirement that EU citizens must live in the UK for five years before being eligible for settled status.

Statistics published by the Home Office indicate that around 37% of EU citizens applying to stay in the UK have been granted pre-settled status.

Mr Macpherson said: “There’s no need for an application process, we could declare EU citizens’ rights in law and have a registration process over a period that didn’t have an end date.

“However, the UK Government have decided on this application process of settled status and we will continue to oppose it and campaign for a declarative system.

“But while we have this application process of settled status, we also need to support people as they confront it.”

Mr Macpherson added that the campaign to end pre-settled status would build on the work which saw the scrapping of the need for EU citizens to pay a fee of £65 to remain in the UK after Brexit earlier this year.