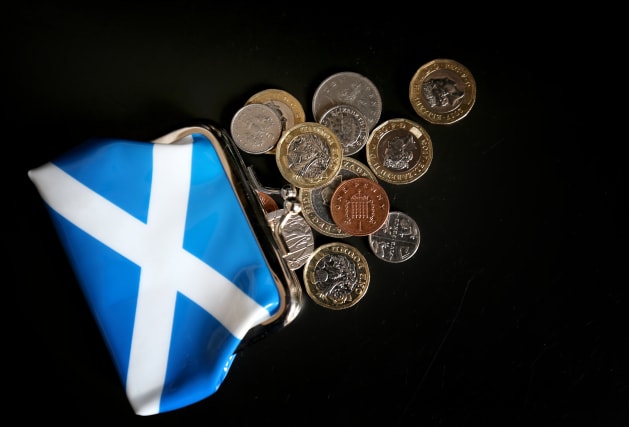 Scotland’s Finance Secretary will insist the county can “more than afford” to be independent.

Derek Mackay will argue that staying part of the UK leaves Scotland “subject to the whim of Westminster turmoil”.

He will insist that, with the UK Government having imposed austerity on the nation, the SNP is “winning the argument on Scotland’s economic future”.

The Finance Secretary will use his speech to the SNP annual conference in Aberdeen to claim that the “case for the Union has been completely demolished” by Brexit and austerity.

His comments come as the SNP continues to press for a second vote on Scottish independence, with First Minister Nicola Sturgeon revealing on Sunday she will make a formal request for Holyrood to be granted the power for this before the end of 2019.

Ms Sturgeon has already signalled her desire to have a second referendum in the latter half of 2020 – however Prime Minister Boris Johnson has made clear his opposition to such a vote.

But Mr Mackay will tell the SNP conference: “The closer we get to independence, the more our unionist opponents panic.”

He will say: “The fact is, any so-called case for the Union has been completely demolished over the last few years – with Westminster imposing austerity and Brexit on Scotland completely against our wishes.

“But Brexit or no Brexit, it is clear that the UK is heading for years of economic uncertainty and political chaos.

“The message is ringing through loud and clear – Scotland cannot afford the Union. Our economy, our public services and our people cannot afford to be subject to the whim of Westminster turmoil for years and years.

“Scotland cannot afford the Union – but it can more than afford to be independent.

“We know that Scotland is a wealthy country – with human and natural resources that most countries could only dream of – and we frankly deserve better than this.”