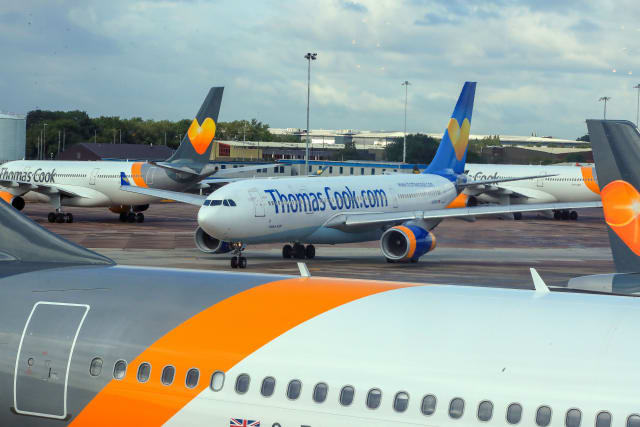 Planes owned by failed airlines will be used to repatriate passengers under plans announced by the Government.

New legislation would enable collapsed carriers to be placed in special administration, meaning their aircraft and crew can continue flying to bring customers back to the UK.

Under the existing system, when an airline goes bust its planes are grounded, leaving passengers at risk of being stranded.

When the Government wanted to ensure Thomas Cook customers would be repatriated, it had to ask the Civil Aviation Authority (CAA) to secure the use of 150 aircraft from around the world to operate nearly 700 flights at a cost of £100 million.

The Government believes enabling the CAA to use an airline’s existing planes and crew in future cases would mean there is less disruption and cost to taxpayers.

“To bring over 140,000 Thomas Cook passengers home, the Government and UK CAA worked together round the clock and, with the support of people across the globe, carried out the biggest peacetime repatriation exercise in UK history.

“I’m determined to bring in a better system to deal with similar situations in future, helping ensure passengers are protected and brought home quickly and safely.

“I’ve personally spoken with Peter Bucks, the chair of the Airline Insolvency Review, and plan to draw on his expertise and bring in airline insolvency reforms as quickly as possible.”

The final report from the review was published in May and recommended the introduction of a 50p levy per air fare to cover the cost of bringing UK passengers home when an airline goes bust.