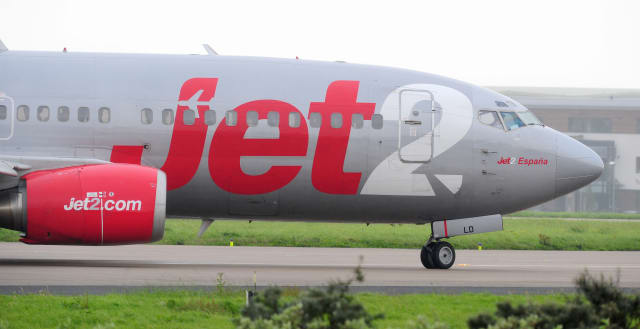 Jet2 owner Dart Group has said demand for its flights and holidays has been boosted by Thomas Cook’s collapse.

The travel firm saw its shares jump after it said it expects profits to be higher than previously forecast on the back of strong later season bookings.

The collapse of Thomas Cook last month, which resulted in thousands of redundancies, helped to drive customers to the Jet2 leisure travel business, it said.

Dart said that demand for both flights and package holidays continued to strengthen towards the end of the holiday season.

However, the group said it “remains very cautious” in its outlook for the future due to cost pressures weighing down on the travel industry.

The company said it expects cost pressures to intensify due to the weakness in sterling as well as “the deepening Brexit uncertainty and the impact this may have on consumer confidence”.

In April, the Jet2 owner said its bookings for the summer had reflected uncertainty among consumers due to the volatile economic and political backdrop.

In a trading statement, the company said: “In our leisure travel business we have continued to receive encouraging levels of later season bookings, with overall demand for both our flight-only offering and package holiday products continuing to strengthen.

“We have also experienced increased levels of customer demand since Thomas Cook Group entered into compulsory liquidation in late September 2019 and we continue to assess the impact this will have for our business in the coming months.”

Shares in Dart Group jumped by 13% to 1,058p on the back of the trading announcement.