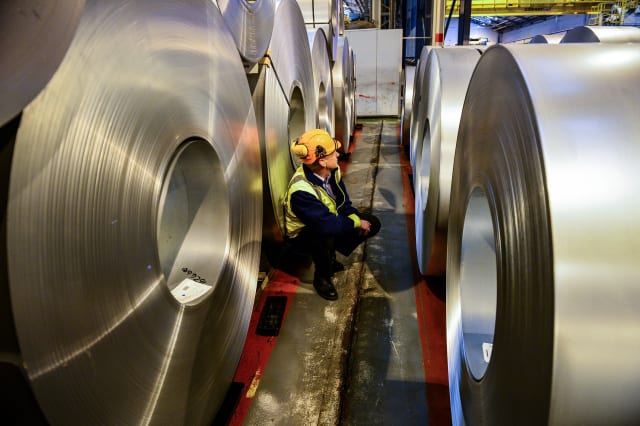 Britain’s economy shrank by 0.1% in August, but a better-than-previously thought performance in July is expected to help the UK avoid recession.

The Office for National Statistics (ONS) said economic growth picked up in August to 0.3% on a three-month basis – which is seen as less volatile than monthly data.

It revised up month-on-month growth to 0.4% in July, from the 0.3% previous estimate, suggesting a solid start to the third quarter, which should offset the weak August performance.

Experts said the three-month data suggests the UK will eke out growth overall in the third quarter.

This would mean the UK avoids a technical recession, following the 0.2% contraction in the second quarter.

David Cheetham, chief market analyst at XTB, said: “Following the contraction seen in the second quarter, this means that another negative reading for the third quarter is not at all likely, although growth remains tepid at best.”

Services output grew 0.4% in the three months to July, while manufacturing dropped 0.4% and construction edged 0.1% higher.

Rob Kent-Smith, head of GDP at the ONS, said: “Growth increased in the latest three months, despite a weak performance across manufacturing, with TV and film production helping to boost the services sector.”