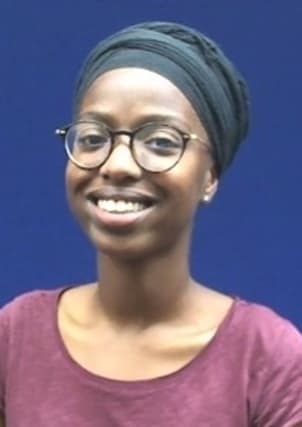 Human remains found in woodland have been confirmed as those of missing midwifery student Joy Morgan, police said.

The 20-year-old was murdered in December 2018 by a fellow worshipper at the Israel United in Christ Church in Ilford, east London.

Married father Shohfah-El Israel was jailed for 17 years in August, with the judge noting his “cruel and cowardly silence” about his victim’s “final resting place”.

A member of the public discovered Miss Morgan’s remains in Stevenage on October 5, hidden in woodland off Chadwell Road, just outside an area previously searched by officers, Hertfordshire Police said.

A post-mortem carried out on Tuesday could not establish a cause of death and further tests are scheduled, the force added.

Miss Morgan’s mother, Carol Morgan, said: “Joy was so beautiful and completely lived up to her name – she brought joy to all our lives.

“Our family has been living a nightmare and we miss her so, so much. Joy was studying to be a midwife and would have graduated by now.

“I know she would have been amazing as a midwife. I was so proud of her and I always will be. She was our star.”

Detective Chief Inspector Justine Jenkins said: “My thoughts are with Joy’s family at this difficult time and while nothing can end their pain, I hope that this gives them closure and I am glad that they will now have the opportunity to say goodbye to Joy.”

Israel, whose birth name is Ajibola Shogbamimu, and Miss Morgan spent time alone together, against strict church rules, before he killed her.

The 40-year-old then tried to cover his tracks by removing her number from a church Telegram group chat to make it appear she had left the close-knit religious group.

Israel even kept up the pretence by going to her student house share under the guise of checking on her in the days after she apparently went missing.