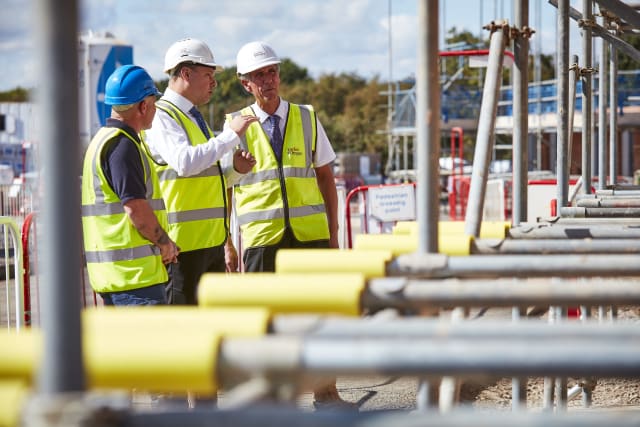 Demand for newly-built homes has plunged to a six-year-low as uncertainty over Brexit weakened confidence among prospective buyers, according to a new survey.

Consumer demand for new properties slid 8% compared with last year, according to the latest house-builders’ survey by the Federation of Master Builders (FMB).

FMB chief executive Brian Berry said small firms are being hit by Brexit as “many prospective home-owners are clearly holding off buying until there is more political and economic certainty”.

He said: “Hopefully this is just a short-term pause and that, post-Brexit, demand will pick up once again.

“If not, and we enter a downturn period, the Government will need to consider how best to support SME house-builders to avoid many firms leaving the sector.”

Small house-builders surveyed by the organisation reported current demand as 2.9 out of 5, down from 3.14 last year, and said they expect demand to continue to fall.

Almost half of the respondents said they attributed the decline to a downturn in consumer confidence on the back of economic uncertainty.

Other surveys in the sector have also reported a decline in recent months.

In September, the IHS Markit construction purchasing managers’ index (PMI), which focuses on larger construction companies, slid to its second-worst figure since the financial crisis.

Mr Berry added: “The main barriers facing small house-builders have started to ease but they are still present.

“This is the fifth consecutive year that small house-builders have cited lack of access to available and viable land as the number one barrier.”

House-builders said they faced difficulties with regard to access to land, with 43% saying this was their largest barrier to construction.