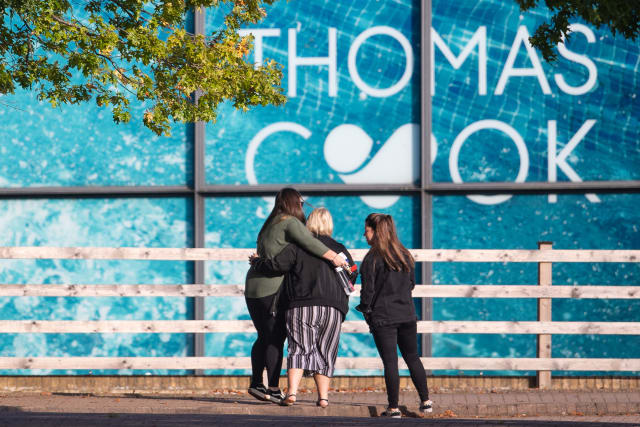 Failed tour operator Thomas Cook should not be branded “a dinosaur in a digital age”, a leading travel industry figure has claimed.

Mark Tanzer, chief executive of travel trade organisation Abta, insisted the firm was “clearly doing something right” by selling £9.5 billion worth of holidays last year and having a million people either abroad or with future bookings.

Thomas Cook ceased trading on September 23 after failing to secure an extra £200 million needed to keep the business afloat.

Traditional travel agents have been accused of being too slow to take advantage of the internet, claiming customers still wanted the face-to-face experience of walking into a shop to book their holidays.

Thomas Cook did reduce the number of stores it had, but by the end hundreds remained.

This enabled online-only rivals such as On The Beach to eat into its market share.

But in a speech at Abta’s annual convention in Tokyo, Japan, Mr Tanzer said: “The depiction of (Thomas Cook) as a dinosaur in a digital age really masks the true problem.

“Thomas Cook’s financial challenges were no secret, but the full extent of their indebtedness has only come to light recently.

“Thomas Cook paid £1.2 billion in finance charges over the past six years, plus goodness knows how much in advisory fees.

“Those were profits from its holiday business, money that, in a more balanced financial model, would have been available to invest and develop the business. We know now that this was definitely a case of financial exaggeration.”

Mr Tanzer told the audience that the loss of Thomas Cook has caused “a lot of anger and fear” as the impact is being felt “very widely” by tour operators, travel agents, hotels and other suppliers.

He urged the industry to “work together at this moment” to maintain customer confidence, find new homes for displaced businesses, and recruit former Thomas Cook staff.

The chief executive also urged the Government to consult on the findings of a review which recommended a levy of up to 50p per ticket being added to air fares to create a fund to cover the cost of bringing UK passengers home when an airline goes bust.

Historic wrongs should not define the future, says Patten