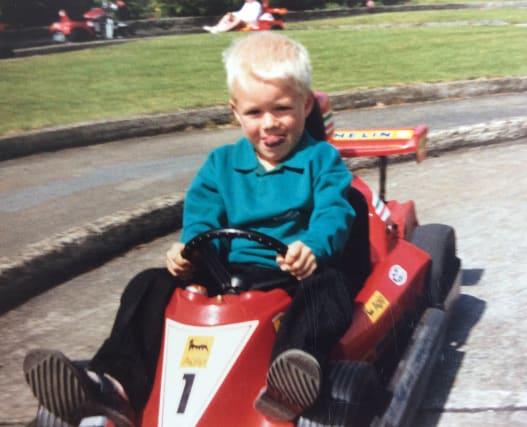 Denise Turton, whose son Lee died aged 10 in 1992, said that the Government had known that blood products had been contaminated but had “done nothing”.

Colin and Denise Turton told the Infected Blood Inquiry on Tuesday that their son Lee had been diagnosed with haemophilia soon after his birth in 1981 and had been given blood products to manage the condition.

But giving evidence the couple said that they were told in 1985 that Lee had contracted HIV.

Mrs Turton told the inquiry that while they listen to MPs talking about fearing for their safety, haemophiliacs were “fearing for their lives and the safety of the Factor VIII they were using”.

She added: “The pain of reliving what happened to Lee is nothing compared to the pain and suffering that he had in his short life.

“We lost our beautiful son and brother, as did so many parents.

“The Government knew the Factor VIII being used was infected, as did the pharmaceutical companies, and did nothing.”

The inquiry was shown a moving video of Lee’s last Christmas before the pair were given a standing ovation after their evidence.

After Lee died the family said they discovered he had also contracted hepatitis C, the inquiry heard.

Mrs Turton told the inquiry that the family had decided to move to Cornwall after it was leaked to the press and his school that Lee had HIV.

She said that parents had not wanted her son at the school and one teacher had said they would not teach Lee and her son was left isolated.

“So we decided to move from the area to look after him the best we could without anybody knowing who he was.”

The couple said their son had been a “happy little boy”, and Mr Turton added: “He was a bright, intelligent child, joking, always joking.”

But the inquiry heard that from around 1988 Lee’s health began to go downhill and he had problems walking, breathing and eating and eventually had to be fed through a tube.

“It was just infection after infection, we spent most of the time in and out of hospital with him.”

Mrs Turton told the inquiry that in January 1992 they had found Lee on the bathroom floor fitting and he was rushed to hospital.

The family were told Lee had between two and 10 days to live and he died eight days later on January 22 1992.

Mrs Turton said: “When we got back to Cornwall they actually told us he had between two and 10 days to live.

“They said he had an infection on the brain, so we insisted he went home that day because that’s what he wanted to do, he kept asking, so we took him home.

“He died on the eighth day.”

The contaminated blood scandal has been labelled the worst treatment disaster in the history of the NHS.

Thousands of patients were infected with HIV and hepatitis C through contaminated blood products in the 1970s and 1980s. Around 2,400 people died.

The inquiry is chaired by former High Court judge Sir Brian Langstaff who at the beginning of the evidence session reiterated his promise to put people at the heart of the probe.

He said there was still time for witnesses to come forward and added: “If you have given a witness statement, and would like to be heard, do not, please, think at the end of this set of hearings that you have lost any chance of that.

“I promised to put people who have been infected, or affected by the suffering of others, not only first but also last. There is time.”