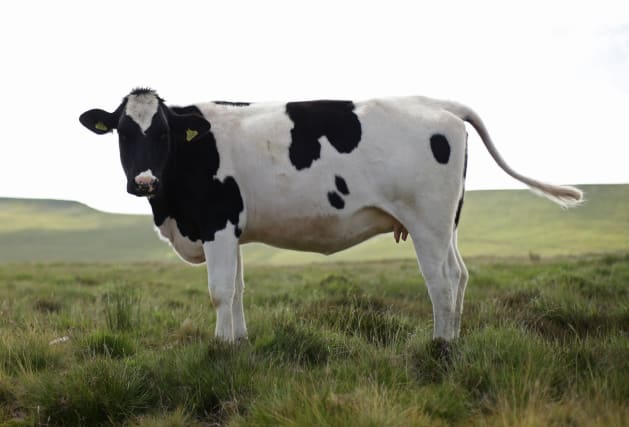 The dairy industry in Northern Ireland could be “wiped out” by a no-deal Brexit, a representative body has warned.

In a stark forecast, Dairy Council Northern Ireland (DCNI) said producers and farmers face a “certain doomsday scenario” if the UK leaves on October 31 without a negotiated agreement.

The council said the industry was staring at a crisis of “epic proportions”.

The body represents major milk processors in the region, including Dale Farm, Glanbia Cheese, Glanbia Ireland and Lakeland Dairies, four companies that account for over 90% of the 2.4 billion litres of milk collected from Northern Ireland farms each year.

Dr Mike Johnston, chief executive of Dairy Council NI, said the future of 3,000 farm families in the region was on the line.

“Put simply, dairy processors and their farmers will not survive unless there is a deal,” he said.

Dr Johnston said the council had estimated that trade tariffs on both raw milk and finished products moved from Northern Ireland to the EU would cost in the region of £320 million a year, a burden he said would equate to a 10p per litre drop in the price paid to farmers.

He highlighted that 35% of milk collected at Northern Ireland farms is processed in facilities across the border.

Dr Johnston expressed concern about the administrative burden of obtaining certification to transport the milk south.

He said there was not the capacity to process hundreds of millions of extra litres of milk within Northern Ireland.

“Based on Dairy Council NI calculations in a no-deal Brexit, trade tariffs on both raw milk and finished products moved from NI to the EU would total £320 million, before you calculate the cost of the administrative burden customs will place on dairy processors,” he said.

“This tariff represents 25% of the value of our entire industry.

“In a sector where the margin is, at best, 3% or 4%, trade tariffs of that magnitude would wipe out the industry.

“The reality is stark for farmers.

“Our analysis suggests that the milk price paid to farmers would fall by over 10 pence per litre from its current base should such tariffs be imposed.”

On the milk processing capacity issue, Dr Johnston added: “The dairy industry in Northern Ireland simply does not have the capacity to process all the milk produced on farms at present and we are seriously exposed.

“After maximising NI milk processing capacity, there is a processing shortfall of some 600 million litres that will not have a viable home if politicians cannot find a solution to the current Brexit impasse.

“If we don’t get a Brexit deal and cannot transport raw milk south, without significant delays and/or certification requirements, then our industry is facing a crisis of epic proportions.

“All processing sites in Northern Ireland will be full while there is no spare capacity to process that volume of milk in Great Britain.

“We have communicated these significant risks in the event of a no-deal to authorities in NI, the Republic and London but have not got any satisfactory outcome so far.”

Dr Johnston added: “Farmers and processors are extremely worried about the outcome of a no-deal Brexit.

“We are now less than 25 days away from Brexit and we are still faced with more questions than answers and more uncertainty than certainty.

“Our farmers, their families, our customers and the entire rural economy of Northern Ireland need greater security and clarity.

“If we crash out on October 31, we do not have the capacity to process all the milk that will be produced, and we will not be able to afford to pay EU tariffs nor navigate the EU certification requirements such that we can process that milk in the Republic of Ireland.

“Put simply, dairy processors and their farmers will not survive unless there is a deal.

“NI farmers, processors and customers need a deal to mitigate trade tariffs and enable the continued movement and trade in raw milk and finished products.”