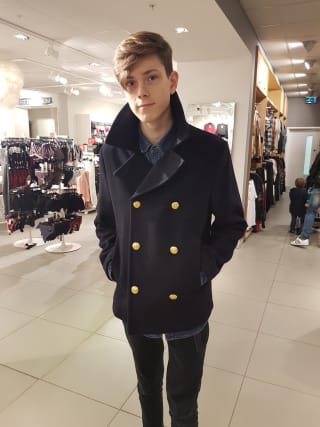 Three families have lost a High Court challenge against the Government over special educational needs funding.

The families brought the legal action over the Government’s approach to providing special educational needs and disabilities (Send) funding, on behalf of all young people who rely on it.

Their lawyers previously told the court there was a “genuine crisis” in Send funding for children and young people which could “blight their lives forever”.

But, in a ruling on Monday, Mr Justice Lewis said there was “no unlawful discrimination” in the way the Government made provision for Send funding.

The legal action was brought by three children, who acted through their mothers – 15-year-old Nico Heugh Simone, from Robertsbridge, East Sussex, nine-year-old Dakota Riddell, of Birmingham, and 14-year-old Benedict McFinnigan, from Scarborough.

Jenni Richards QC, for the families, told the court at a hearing in June that there was “clear and incontrovertible evidence” of a “substantial national shortfall” in funding.

She told Mr Justice Lewis they did not take enough account of the “nature and extent of the crisis” in Send funding when making those decisions.

Ms Richards said Department for Education statistics showed “rising demand” for Send funding, which had “not been matched by anything like a commensurate increase in funding”.

The families sought a declaration that the Government’s approach to Send funding is unlawful, which they said would force ministers to consider increasing the amount available.

Government lawyers, opposing the legal action, argued that the increase in demand was recognised by the ministers and Mr Hinds had “made it clear” that high needs would be one of his priorities ahead of the 2019 Spending Review.

Mr Justice Lewis said there was “no reasonable basis” for concluding that the defendants were treating children and young people with special educational needs in a similar way to other children without such needs.

He said: “Children and young persons with special educational needs are not treated in the same way or a similar way to others who do not have such needs.

“They are treated in a fundamentally different way, both legally and factually.”

The judge said there is a legal regime aimed at identifying those with special needs, under which councils have to prepare assessments of the provision each child needs.

He said there is a right of appeal if a parent disagrees with a decision and a local authority cannot refuse to provide the necessary funding because of a lack of resources.

He added: “Factually, the funding system provides for additional funding through the high needs funding block. That is currently over £6 billion a year.

“In addition, if local authorities need more money to ensure that special educational provision is made, they will need to transfer money from other parts of their budget or from reserves.

“Recognising the financial pressures on local authorities to meet their legal obligation to provide the specified special educational provision, the (Education Secretary) has, from time to time, made additional funds available specifically for special education needs – as he did with the allocation of an additional £350 million in December 2018.”

The judge said the Government’s 2019 Spending Review will address the budget for Send funding for future years.

In the September spending round, the Government said it would provide an additional £700 million over the next year for pupils “with the most complex needs” and also announced a review into special educational needs and disability and how the law is working in practice.

The National Audit Office published a report last month which recommends the Government should prepare for next full Spending Review by reviewing the actual cost of providing Send services.

Anne-Marie Irwin, specialist lawyer at Irwin Mitchell law firm which represented the families, said: “We feel we put forward very strong legal arguments on behalf of the families that the decisions taken about Send funding were so inadequate as to make them unlawful.

“We and the families are disappointed by today’s decision but thank the court for hearing the case.

“How Send services are funded is still an incredibly important issue, affecting tens of thousands of families, and one that needs addressing.

“We welcome the announcements that were made after June’s hearing pledging additional government money for Send and for a review of the Send system. However, our clients believe that there is still a long way to go.

“It is vital that action is now taken to ensure children benefit from these pledges so young people with Send can access the education they are entitled to.”

The case was supported by campaign network Send Action, which held a demonstration outside the Royal Courts of Justice ahead of the June hearing, as well as charities Mencap and the National Deaf Childrens’ Society (NDCS).

The High Court previously rejected cases brought by families of children with special educational needs against Hackney and Surrey councils.