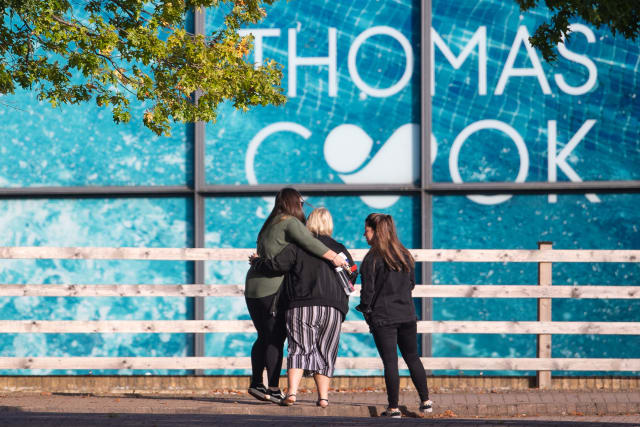 A union leader has stepped up criticism of the Government’s handling of the collapse of Thomas Cook by calling for ministers to be held to account for the loss of thousands of jobs and chaos for holidaymakers.

Manuel Cortes, general secretary of the Transport Salaried Staffs Association, will hold a meeting on Monday with Rachel Reeves, who chairs the Business Committee, to discuss the demise of the travel giant.

The committee has set up an investigation into the collapse of the firm last month, which led to the loss of thousands of jobs and hardship for workers who have not been paid since Thomas Cook went out of business.

Mr Cortes, who has called for the resignation of Business Secretary Andrea Leadsom over her handling of the crisis, said the Business Committee should question ministers and former Thomas Cook chief executive Peter Fankhauser.

Commenting ahead of the meeting in Parliament, Mr Cortes said: “It’s crucial that the Business Committee use every lever at their disposal to get to the bottom of why Thomas Cook was allowed to go under.

“Everything points to negligence on the part of this Tory Government and Andrea Leadsom in particular. She has admitted failing to hold a single meeting with Thomas Cook bosses in the days leading to the collapse.

“There are other questions to answer about how much the Government knew about possible financial assistance from European Governments.

“Now she, and others, must be held accountable in Parliament for this dereliction of duty. Thomas Cook staff, our members, and tens of thousands of holidaymakers must have answers.”

A Government spokesman said: “The collapse of Thomas Cook is devastating for those who have lost their jobs, and affected holidaymakers. A government bailout would not have solved the company’s financial problems.

“The business had been experiencing financial difficulties for many years and was carrying the burden of repayments on £1.6 billion of debt it had built up after coming close to collapse in 2012. A Government bailout would have thrown good money after bad, leaving taxpayers to pick up the bill.

“When a large company faces difficulties, it is standard procedure for one department to act as a single government contact. In this instance it was the Department for Transport.

“In response to the collapse, the Government has promptly convened a national taskforce to support employees and the local communities affected. We have asked the Insolvency Service to fast-track their investigation into the circumstances surrounding Thomas Cook going into liquidation.”