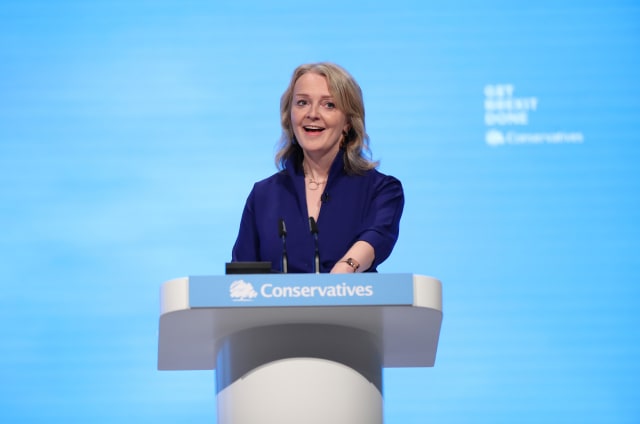 Equalities minister Liz Truss is committed to finishing a review into the process of how a person changes their legal gender, a source has said.

In July 2018, former minister for women and equalities Penny Mordaunt launched a public consultation into how transgender people change their legal gender on their birth certificates.

Under the existing Gender Recognition Act (GRA), a trans person has to undergo a two-year waiting period, an appearance before a specialist panel as well as paying £140 before being able to change their gender legally.

LGBT rights campaigners welcomed the 16-week consultation in England and Wales and potential reform of the law, as many believe the current system is not fit for purpose.

It had been reported that the plans, supported by former prime minister Theresa May, had been abandoned after Liz Truss took on the portfolio following Amber Rudd’s resignation in September.

But a source said Ms Truss, who is also International Trade Secretary, confirmed she is committed to releasing the results of the consultation.

“The Secretary of State is committed to following through with the consultation in due course,” they told the PA news agency.

A Government Equalities Office (GEO) spokesperson said: “The Secretary of State has only recently taken on this brief and will be carefully considering all responses and the next steps. These will be announced in due course.

“It is vital that the next steps on any potential reform of the Gender Recognition Act are carefully planned, and have the right backing so they can have a positive impact on the trans community in the UK.

“We had more than 100,000 responses to our consultation and have met with 140 organisations to ensure that we have taken into account views and concerns from all sides of the debate.”

LGBT campaigners have called for the current system to be replaced with a simpler statutory declaration and self-identification.

They say transgender people currently face a two-tier system, as the gender on the majority of documents, including passports, do not require a change to a birth certificate.

Access to single-sex services such as hospital wards are covered under the Equality Act 2010, which says a transgender person’s gender identity should be taken into account when using segregated services, rather than their sex on their birth certificate.

The current process is also said to cause problems with marriage and death certificates and does not allow for the legal recognition of non-binary people.

LGBT charity Stonewall director of campaigns, policy and research Laura Russell said: “Currently trans people must go through a lengthy and demeaning process to have their gender legally recognised. It’s not just distressing, it’s complex, costly and inaccessible to many trans people.

“Replacing this process with a system of self-determination would be life-changing for many trans people and a crucial step towards ensuring the UK’s gender recognition laws are in line with international best practice.

“GRA reform needs to be an urgent priority so trans people can be recognised for who they are. Any further delay will allow more fear and misinformation to spread and trans people have suffered far too long from inequalities that can be easily removed.”