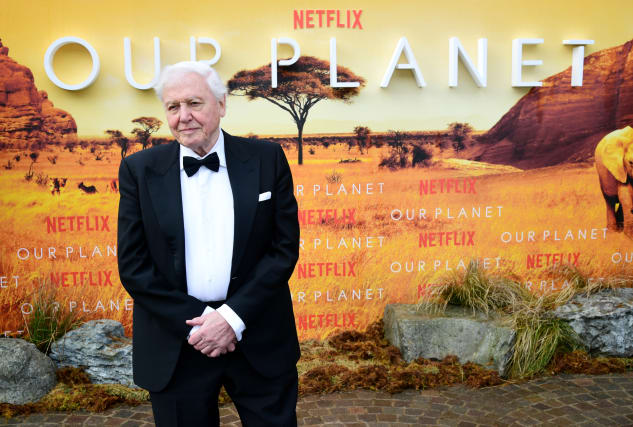 Sir David Attenborough has called for “a legally binding network for nature” to help save the UK’s declining species.

The TV presenter and naturalist wants a joined-up network of habitats that would allow wildlife and people to thrive side-by-side to be set in law.

In a short film released by The Wildlife Trusts, Sir David said: “A wildlife-rich natural world is vital for our wellbeing and survival. We need wild places to thrive.

“Yet many of our systems and laws have failed the natural world. We now live in one of the most nature depleted places on the planet.”

He added: “By joining up wild places and creating more across the UK we would improve our lives and help nature to flourish – because everything works better when it’s connected.”

In a report, the charitable organisation – made up of 46 local Wildlife Trusts – put forward the proposal for a “nature recovery network” where wildlife would be allowed to thrive alongside humans in spaces including farms, housing estates, office roofs, road verges, parks and gardens and nature reserves.

Sir David, who is president emeritus of The Wildlife Trusts, added: “Now is the time to tell our politicians that we need a Nature Recovery Network set in law.

“A legally binding network for nature would mean that wildlife is prioritised when managing our land and planning our towns.

“Powerful new environmental laws can ensure habitats are expanded and reconnected meaning all life will thrive once more.

“It’s time to turn things around. Nature is capable of extraordinary recovery but we must act now! Tell your politicians now is the time to put nature into recovery. Everything works better when it’s connected.”

The Wildlife Trusts is calling for the creation of this nature recovery network to be included in the Government’s proposed Environment Bill.

Sir David’s plea comes after a recent report from the State of Nature that warns more than two-fifths of species have seen significant declines in the UK in recent decades.

The report, which draws on scientific monitoring since the 1970s, reveals that among thousands of species, from mammals to plants assessed on international criteria, 15% are threatened with being lost from Britain, including wildcats and greater mouse-eared bats.

It also adds that some 133 species have already vanished from Britain’s shores since 1500, including birds such as the wryneck and serin, which were lost as breeding birds in the 20th century.

How to buy a car during a national lockdown

A Minute Of Kindness: Man Makes Pizza In Apartment And Gives To People Down Below