Woman jailed in Iran ‘to send daughter home to UK’ 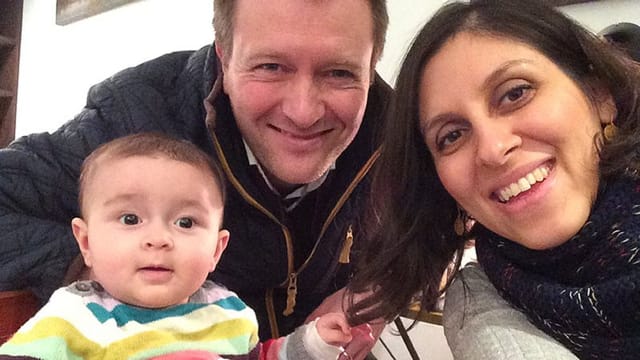 A British-Iranian woman jailed in Iran is to send her daughter home to the UK to start school, it has been reported.

Nazanin Zaghari-Ratcliffe has been visited in prison by five-year-old Gabriella at least once a week for the past three years.

The youngster will be back in London before Christmas, according to the Times.

Ms Zaghari-Ratcliffe was arrested in April 2016 and sentenced to five years in jail after being accused of spying, which she vehemently denies.

Her fight for freedom has seen her endure hunger strikes and solitary confinement, amid a major diplomatic row.

Her family told the Times they agreed that Gabriella should return to the UK to start the school year in September but postponed the decision after Ms Zaghari-Ratcliffe was taken to a psychiatric hospital.

She was returned to prison after a week but not permitted phone calls with her husband, Richard Ratcliffe, in London.

Ms Zaghari-Ratcliffe has pleaded with the Iranian authorities to free her so she can go to London with Gabriella.

“I have no hope or motivation after my baby goes. There is no measure to my pain,” she wrote in a letter addressed to “the mothers of Iran” that was smuggled out of Evin prison and published online in Farsi and English.

“In the near future, my baby will leave me to go to her father and start school in the UK. It will be a daunting trip for her travelling and me left behind,” she wrote.

“And the authorities who hold me will watch on, unmoved at the injustice of separation. That first day at school is not for me.”

Mr Ratcliffe said his wife is giving up weekly visits with Gabriella to allow her to live in Britain, where she was born.

Gabriella has lived with her grandparents in Tehran since April 2016.

In July, more than 200 MPs called for Prime Minister Boris Johnson to use his powers to secure Ms Zaghari-Ratcliffe’s safe release from Iran.

In a much-criticised error, Mr Johnson said in 2017 that she was in Iran “teaching people journalism” – despite her family’s insistence that she was there to visit relatives.