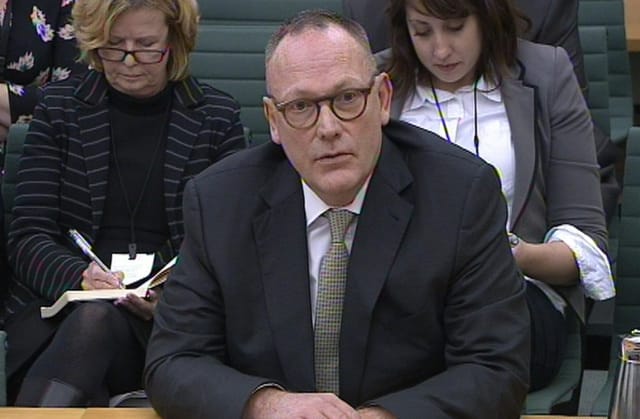 The barrister leading the Government’s child sex abuse inquiry has claimed he warned Scotland Yard of the “bogus” allegations over a Westminster VIP paedophile ring months before officers shut down the investigation.

Ben Emmerson QC, lead counsel to the Independent Inquiry into Child Sexual Abuse, said he interviewed Carl Beech in 2015 and claims to have told senior police officers on September 30 that year not to believe his claims of rape and torture.

Writing in the Daily Telegraph, he said: “I was extremely sceptical about the allegations made by Carl Beech from the very outset.

“This was because the allegations seemed to me to be inherently implausible.

“They had a ring of outlandish fabrication about them.

“I was concerned to try to understand why the Metropolitan Police had publicly described them as ‘credible’ when they appeared at face value to be so obviously bogus.”

His comments come as the force is due to publish more of an already heavily critical report into the investigation and follow news that the Home Secretary has asked a police watchdog to review how officers handled the case.

Priti Patel wrote to Chief Inspector of Constabulary Tom Winsor asking for Her Majesty’s Inspectorate of Constabulary and Fire and Rescue Services (HMICFRS) to review the actions of the force over Operation Midland.

The Met will release parts of a review by former High Court judge Sir Richard Henriques, who was called in after 16-month Operation Midland ended in 2016 without a single arrest.

Mr Proctor called for the Metropolitan Police Commissioner Cressida Dick to “consider her position”, saying: “She showed no leadership or professional ability to insist on investigation into Beech himself.”

He accused her of failing to right previously inaccurate statements on the credibility of Beech’s allegations, adding: “Her inaction was irresponsible and immoral and she should now consider her position.”

Daniel Janner, the son of the late Labour MP Lord Janner who was one of Beech’s victims, called for a judge-led inquiry, saying referring the force to HMICFRS was “wholly inadequate”.

He also accused Labour deputy leader Tom Watson – who raised the matter in Parliament after speaking to Beech – of being “partially responsible”, claiming he “applied pressure on the police and should hang his head in shame and resign”.

Beech is serving an 18-year jail term for fabricating a series of claims of rape, torture and murder by innocent, well-known names from the military, security services and politicians.

In Ms Patel’s letter, entitled “Maintaining public confidence in the Metropolitan Police Service (MPS) following the publication of Sir Richard Henriques’ review”, she said: “I am grateful to the MPS for the steps they are taking to ensure that there is transparency around the failings identified by Sir Richard that had such a distressing impact on those falsely accused.

“It is imperative that the public receive assurance that the MPS has learned from the mistakes identified in Sir Richard’s report and have made – and continue to make – necessary improvements.

“To this end I am writing to you to request, under the provisions in S54 of the Police Act 1996, that Her Majesty’s Inspectorate of Constabulary and Fire & Rescue Services undertake an inspection at the earliest practicable opportunity to follow up on Sir Richard’s review.”

Some details of Sir Richard’s report were released by the force three years ago, in which he criticised the Met for believing Beech for too long; one officer announcing publicly that his claims were “credible and true”; applying for search warrants with flawed information; and failing to close the investigation sooner.

Then-force chief Sir Bernard Hogan-Howe made a series of extraordinary apologies over the disastrous investigation, that has to date cost the force around £4.5 million.

She added: “Following publication of Sir Richard’s review and the IOPC report, I will consider whether any further steps are needed to address any wider issues with policing practice.”

The force will also publish details of Sir Richard’s review of an investigation of a separate rape claim against late former home secretary Lord Brittan.

Operation Vincente looked at an allegation that the politician had raped a 19-year-old woman in 1967.

Deputy Assistant Commissioner Steve Rodhouse was referred to the police watchdog over the inquiry but the body did not take it on as an investigation.

The Met has declined to publish other parts of the report because they do not relate to anyone like Beech who has been proved in court to be a liar.