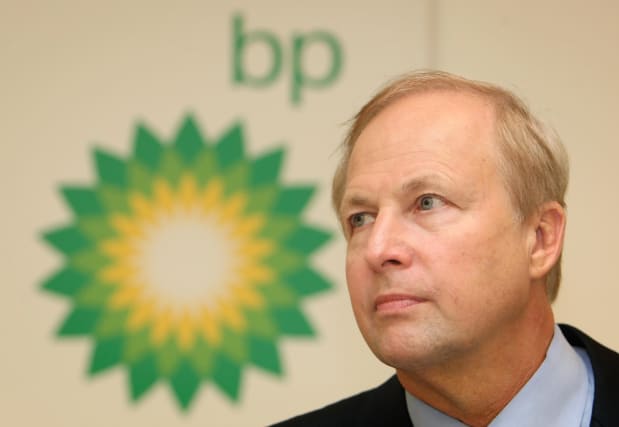 The BP boss brought in to turn around the oil giant following the Deepwater Horizon disaster has retired after 40 years in the industry.

Bob Dudley, 64, said he would step down as chief executive following the company’s annual results in February and formally quit the following month.

It marks the latest in a long line of senior resignations and retirements in the past week, with executives at Tesco, Sainsbury’s, Metro Bank, Standard Life Aberdeen and Imperial Brands all standing down.

New York-born Mr Dudley will be replaced by Irish national Bernard Looney, currently head of oil and gas production, who had been tipped for the top job.

Mr Looney will take home a basic salary of £1.3 million a year, before any bonuses. Mr Dudley’s base pay was in US dollars and hit 1.85 million (£1.5 million) last year, although with bonuses his total pay was 14.7 million (£11.9 million)

The outgoing chief said: “It has been the privilege of a lifetime to serve this company and work in this industry for the past four decades.

“I have worked with so many committed people from all over the world – both inside and outside BP – and I am enormously proud of all the things we have achieved together to provide energy for the world.”

Mr Dudley had made no secret of his desire to retire at the age of 65; however, he said previously that the board had yet to agree a departure date.

His career has seen him travel the world, including an infamous stint in Russia – where he ran BP’s operations, TNK-BP – before having to flee over “extreme harassment” by authorities.

His Moscow apartment was broken into and he eventually escaped following a tip-off that he was about to be arrested.

But he rose to prominence beyond the oil and gas sector when he replaced Tony Hayward as chief executive in 2010 – with the world still reeling from the Deepwater Horizon disaster that left 11 oilrig workers dead and 87 days of oil leaking into the Gulf of Mexico.

He reached a settlement over the spill in 2017, led a recovery in the group’s operations and a significant expansion of its production.

The boss is also credited with leading BP’s investment in renewable energy and with reducing its carbon emissions – although some critics have said he did not move fast enough to adopt greener technology.

Earlier this week, the Royal Shakespeare Company cut ties with BP after pressure from activists angry at the association with the oil giant.

Mr Looney, a BP lifer who started his career as a drilling engineer, said: “I look forward to … building on the strong foundation that Bob has built as we meet society’s demand for cleaner, better energy.”

During his 28 years with the business, he has worked in the North Sea, Vietnam and the Gulf of Mexico, and was also an engineer on the Alaskan Thunder Horse field.

The new boss has also worked directly for former bosses Mr Hayward and his predecessor, Lord Browne, before taking on responsibility for overhauling drilling at BP following Deepwater Horizon.

According to his company profile, he is keen on improving gender and global diversity at the company, and “ending the stigma” associated with mental health.

BP chairman Helge Lund said: “As the company charts its course through the energy transition, this is a logical time for a change. Bernard has all the right qualities to lead us through this transformational era.

“He is an authentic, progressive leader, with a passion for purpose and people and a clear sense of what BP must do to thrive through the energy transition.”