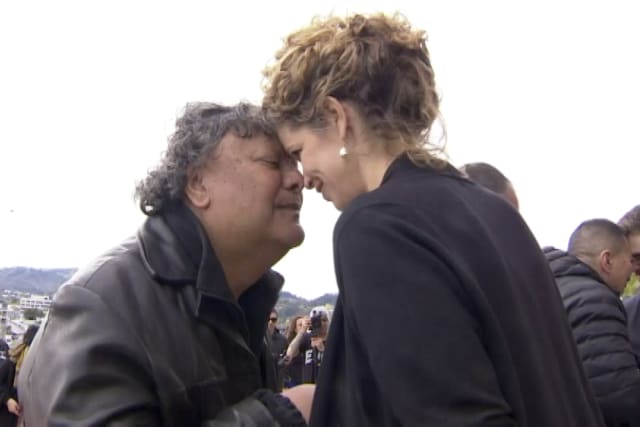 The UK government has expressed “regret” that British explorers killed some of the first indigenous Maori they came across in New Zealand 250 years ago.

British High Commissioner to New Zealand Laura Clarke met with Maori tribal leaders in the town of Gisborne on Wednesday, marking the anniversary of Captain James Cook and the crew of his ship Endeavour arriving in 1769.

Soon after arriving, and fearing they were under attack, Cook’s sailors shot and killed a leader, Te Maro, and later killed eight more Maori.

Despite stopping short of an explicit apology, Ms Clarke acknowledged the pain of the killings and extended her sympathy to their descendants.

In a speech to leaders of local tribes, known as iwi, on the town on the east coast of New Zealand’s North Island, she said: “Of course the very first encounters between Maori and Cook’s crew happened here.

“Encounters between Maori and Europeans who knew nothing of each others’ language, culture and practices.

“I acknowledge the deaths of nine of your ancestors, including Te Maro, who were killed by the crew of the Endeavour.

“It is impossible to know exactly what led to those deaths but what is clear is your ancestors were shot and killed by the crew of the Endeavour.

“That was greatly regretted by the crew of the Endeavour at the time … and it is regretted here today.

“It is deeply sad the first encounter happened in the way that it did.

“To you, as the descendants of those killed, I offer my every sympathy.”

The High Commission said both Captain Cook and botanist Joseph Banks had written in their diaries that they regretted the deaths.

New Zealand’s race relations commissioner and former Gisborne mayor Meng Foon said Ms Clarke’s words were part of the reconciliation process but said he had received no response from the Royal Family after he asked them to attend.

He said: “It’s not the end of the story.

“I believe future generations will demand an apology.”