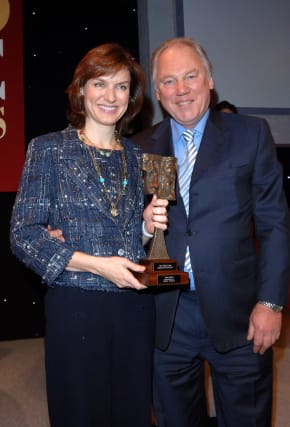 Peter Sissons, who has died aged 77, was one of British television’s most experienced and influential newsreaders.

His broadcasting career spanned 20 years at ITN and 20 years at the BBC, and saw him front flagship shows such as Question Time.

Sissons took over from Sir Robin Day in 1989 as the programme’s second presenter, and was succeeded by David Dimbleby four years later.

He was widely considered to have been Britain’s longest serving news presenter and read the news on all of TV’s main terrestrial bulletins, including the BBC’s Ten O’Clock News, and ITN’s News at One.

Sissons was born in Liverpool to a Merchant Navy officer and a housewife.

He attended Dovedale Junior School, which boasts John Lennon and Jimmy Tarbuck among its alumni, before attending the Liverpool Institute for Boys, where he met and befriended schoolmate George Harrison on the bus from his suburban home in Speke.

The pair became friends and Harrison introduced him to another future Beatle, Paul McCartney, who later admitted: “I tended to talk down to him because he was a year younger.”

He later worked as a conductor on the city’s busses before joining ITN in 1964 and beginning his long climb up through the ranks.

Journalism took him across the world and he was wounded by gunfire while covering the Biafran War in 1968.

In his remaining time at ITN he reported on the miners’ strike, the Lockerbie bombing and the furore surrounding the publication of The Satanic Verses – with the Iranian fatwa covering author Salman Rushdie extended to him as well.

Sissons left ITN in 1989 to join the BBC, debuting on Question Time in June that year.

He worked as a BBC One newsreader until 2003 when he and fellow presenter Michael Buerk were moved to News 24.

Sissons, then in his early 60s, accused the corporation of ageism.

“Ageism is still the BBC’s blind spot. Yet it is blindingly obvious that maturity goes with grey hairs.”

Until 2004 he filled in for Huw Edwards, Fiona Bruce and Darren Jordon on the 10 O’Clock News and occasionally presented weekend bulletins on BBC One.

His career was not without its gaffes.

During his time on News 24, not realising the camera was on him, Sissons watched footage featuring Weakest Link presenter and fellow Liverpudlian Anne Robinson and exclaimed: “That’s not Anne Robinson is it? Jesus Christ. She’s even got new tits.”

In another surprise turn, he cameoed as a newsreader in the Spice Girls’ 1997 film Spice World.

In June 2009 Sissons announced his intention to retire to write his memoirs.

These were published three years later, in 2012, and were titled When One Door Closes.