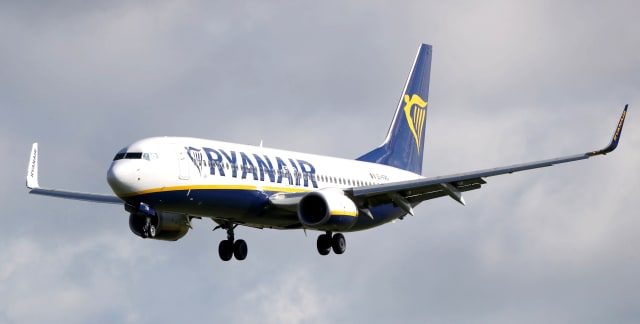 Ryanair bosses have said the air travel regulator was partly at fault for the chaos surrounding the collapse of Thomas Cook, calling for it to introduce tougher financial stress tests to protect customers.

Bosses at the budget airline said the Civil Aviation Authority (CAA) should have stepped in sooner, claiming the industry was aware of Thomas Cook’s financial predicament “for months”.

Kenny Jacobs, chief marketing officer of the company, called on the regulator to introduce “more regular and robust” stress tests on airlines and tour operators to limit the impact on the taxpayer in another similar scenario.

Ryanair called on the regulator to place airlines and tour operators under greater scrutiny and have the power to take funds from “financially weak” firms prior to a potential collapse to go towards repatriation costs.

The calls came after Ryanair chief executive Michael O’Leary told a Reuters event that the CAA needs to address how a firm can secure a licence in April and then collapse just five months later.

“The CAA should be much more aggressive in requiring the shareholders of those companies to put much more cash to get through the year, rather than allowing them to continuously fail,” he said.

Mr Jacobs said he believed Thomas Cook would not be the last airline to collapse into administration, stating that he expects greater consolidation in the industry in Europe.

Ryanair also affirmed that growth next year would be below initial forecasts as it will be held back by lower numbers of new Boeing 737 Max aircraft than previously hoped.

Mr Jacobs said the company expects to have 30 aircraft in circulation from February 2020, down from previous expectations that it would have 50 of the craft.

The Boeing 737 Max aircraft have been grounded throughout 2019 after 346 people were killed in two crashes in Ethiopia and Indonesia but are set to be back in the air for the start of 2020.

The airline also admitted that the devaluation of the pound, driven by Brexit, could impact its performance.

He said: “In an ideal scenario, the pound would be stronger than it currently is.

“Airlines like ourselves can benefit because it might mean passengers look for cheaper flights, but we do expect some customers to be put off by the greater cost of travelling abroad.”

Ryanair also reiterated that some cuts will be made at the company, highlighting that it currently has around “500 too many pilots” and expects to cut some bases. The company currently has 86 bases globally, with 13 in the UK.

The company made the statement as it revealed it will launch 14 new routes for summer 2020, including flights to Cluj in Romania and Terceira in Portugal.