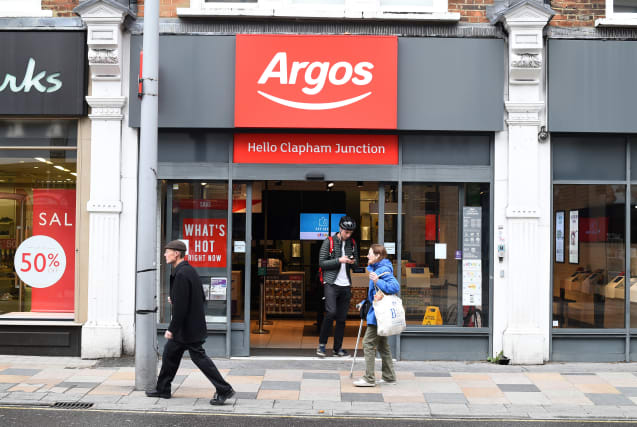 Sainsbury’s has revealed that the boss of its Argos chain is quitting to join advertising giant WPP as its head of finance.

John Rogers is leaving on October 31 after three years in the job and more than 14 years at Sainsbury’s.

He is set to become WPP’s chief financial officer, but will not start in the role until early 2020.

Sainsbury’s confirmed it is not replacing Mr Rogers at Argos, with main responsibilities instead being split between retail and operations director Simon Roberts and commercial director Paul Mills-Hicks.

Sainsbury’s chief executive Mike Coupe said: “John has worked alongside me for over 14 years and has made an outstanding contribution to the business.

“He leaves Sainsbury’s with our best wishes for the future.”

Mr Rogers said the opportunity at WPP was “too good to miss”.

He added: “As a technology-driven business with creativity at its heart, joining WPP was an opportunity impossible to resist and I look forward to playing my part in helping the business deliver its new strategy.”

Mr Rogers has overseen a digital push during his time at the helm of Argos, with around 65% of the chain’s sales now online.

Argos was bought by Sainsbury’s when the takeover of Home Retail Group completed in September 2016.

Sainsbury’s has since been integrating the group, last week announcing that it will shut up to another 70 Argos shops and instead open around 80 within its supermarkets as part of wider group plans.

It already has 289 Argos stores within its supermarkets and more than 600 high street outlets.