Serious violent and sexual offenders to spend longer behind bars 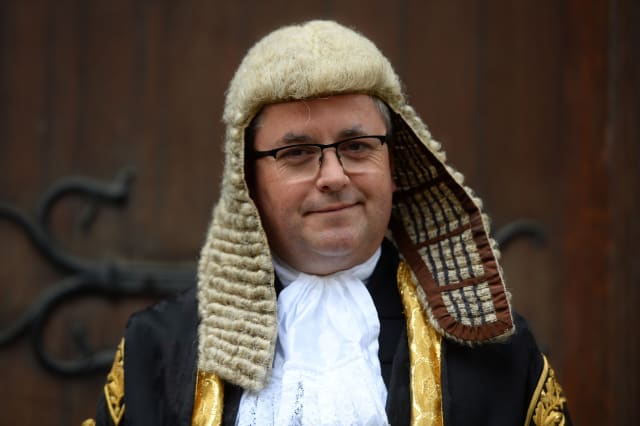 Sexual and violent offenders will be kept behind bars for longer under plans being set out by the Justice Secretary.

Robert Buckland will confirm he will end the system which sees some of the most serious offenders released after serving just half their sentence.

The move – and a warning to criminals from Home Secretary Priti Patel that “we are coming after you” – is the latest sign of the Tories seeking to burnish their credentials as the party of law and order ahead of an expected election.

Mr Buckland will set out his plans in his Conservative Party conference speech in Manchester on Tuesday.

He is promising immediate action to ensure that the worst sexual and violent offenders – those sentenced to at least four years in prison for crimes which carry a maximum life term – are no longer released at the halfway point.

Instead, those offenders will be required to serve two-thirds of their sentence behind bars.

The change forms part of a review of sentencing ordered by the Prime Minister in August.

Mr Buckland will say: “We’re going to restore faith in the sentencing system. Because we Conservatives believe release should be earned.

“And that’s why, for the most serious violent and sexual offenders, I’m announcing this Conservative Government will abolish automatic early release at the halfway point.

“These criminals will be required to serve two-thirds of their sentence behind bars.

“Because keeping the most dangerous violent and sexual offenders in prison for longer means they won’t be out on the streets with the opportunity to commit crime. We owe it to victims to make this change.”

On release, offenders will be subject to tough licence conditions to ensure the public are kept safe.

If they break those conditions, they will be recalled to prison.

Mr Buckland will say: “Punishment and rehabilitation are not opposites. We have to do both.

“Conservatives believe in offering a second chance to those who are ready to change.

“Prisons simply cannot be giant academies of crime. So we will do more to improve rehabilitation in prison, and support our probation services in their vital work to supervise and resettle former prisoners.”

In her conference speech, Ms Patel will say: “As we renew our place as the party of law and order in Britain, let the message go out from this hall today: To the British people – we hear you.

“To the police service: We back you.

“And to the criminals, I simply say this: We are coming after you.”

Ms Patel, the daughter of Ugandan Asians, will tell the gathering: “Margaret Thatcher knew that if you made the British people your compass, if you took time to understand their lives and their priorities, then your direction would always be true.

“This daughter of immigrants needs no lectures from the north London metropolitan liberal elite on how our country is enriched by – and better for – being internationalist.”