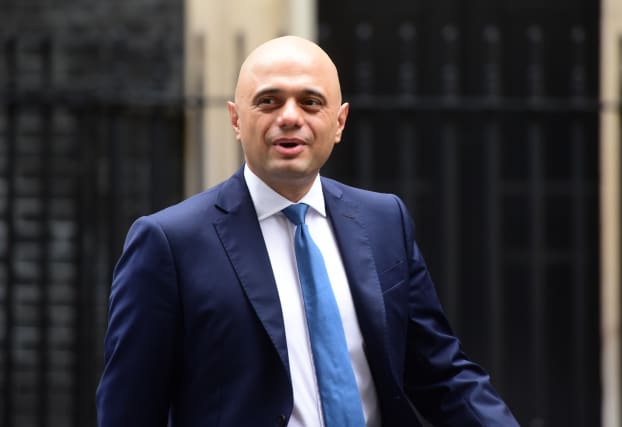 Chancellor Sajid Javid is to unveil a £16.6 billion no-deal “guarantee” to make up for lost grants should the UK leave the bloc without an agreement.

Mr Javid told the Daily Mail the sum – which includes £4.3 billion for the coming year – would cover EU money given to businesses, universities and charities.

October 31 is the current date when Britain will leave the European Union, although a bill obliges Prime Minister Boris Johnson to seek another extension if no agreement has been reached at October’s European Council meeting.

Mr Javid said a no-deal departure was “very much on the table” and that he feared the fabric of society would be torn if the October 31 deadline was not honoured.

“I just fear we tear that fabric in a way that we might not be able to stitch it up again,” he told the paper.

He added: “I don’t pretend for a second that there won’t be challenges.

“There will be some disruptions here because we can’t control what the EU do in a No Deal situation? Of course not.

“But we are putting in place many mechanisms and processes to handle No Deal and eventually, I also believe that we will come out and be stronger as a country.”

Meanwhile, business secretary Andrea Leadsom told the Financial Times a no-deal departure would cause disruption to the country.

She said: “Plan A is that we get a deal. That’s what we’re working on — that’s the top priority.

“There will be some disruption to the way we do things now. Obviously it will lead to change and to some business disruption, but the government is doing everything it can to minimise it.”

Brexit Secretary Stephen Barclay met with chief EU negotiator Michel Barnier in Brussels on Friday and said the “moment of truth” in brokering a new deal is approaching to see if there is “political will on both sides”.

Mr Barclay reiterated opposition to the Irish backstop as Mr Barnier stressed that the Withdrawal Agreement must contain a fully operational solution to prevent a hard border on the island of Ireland, the European Commission said.

Meanwhile, former chancellor Philip Hammond has written in the Times that the current Conservative party is “unrecognisable”.

Mr Hammond was among 21 MPs who had the Conservative whip withdrawn after voting against the Government on legislation to block a no-deal Brexit.

He wrote: “The time available means that the only deal with any prospect of delivering that outcome (to be out by October 31) is the deal that they have already rejected and that many of them have voted against.

“So let me make an equally stark prediction: we will not be leaving the EU on October 31.