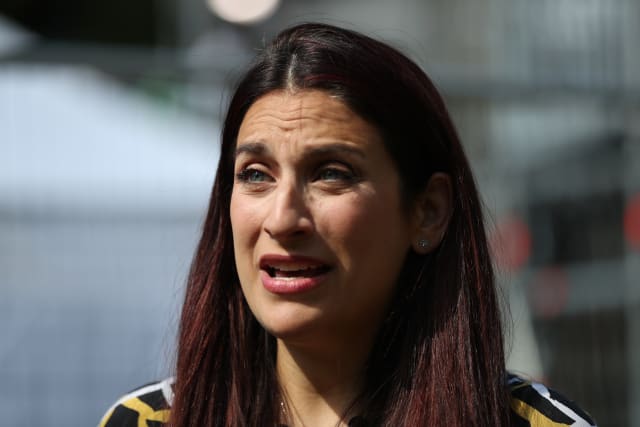 Luciana Berger, who joined the Liberal Democrats after leaving Labour, will give up her Liverpool constituency to fight for a London seat once held by Margaret Thatcher.

The campaigner against anti-Semitism will contest the seat of Finchley and Golders Green in North London, a constituency with a sizeable Jewish community, at the next election.

The Lib Dems came third in 2017, 21,000 off the Conservative victor Mike Freer, in a seat formerly held by ex-prime minister Mrs Thatcher for more than 30 years, albeit under a slightly different make-up.

Jewish politician Ms Berger quit the Labour Party in February, walking out with six other colleagues, and went on to form Change UK.

In the run-up to resigning from Labour, the MP of seven years had been heavily critical of the way the party had been dealing with anti-Semitism complaints in the party.

After a disastrous showing in the European elections, the former chair of the Jewish Labour movement left Change UK and in September joined the Lib Dems.

The North Londoner, who grew up in Wembley, confirmed she will return to her home city when the next election is called, standing down in her Liverpool Wavertree constituency where she was elected with a majority of almost 80% in 2017.

In a letter to her constituency, the mother-of-two said: “Balancing personal and professional responsibilities is complicated for everyone.

“As a family, we have had to make a decision about how best to navigate work and raising our young children.

“After a great deal of thought, we have decided that after the next election – whenever that will be – we will relocate full time to London.

“I will be standing as the Liberal Democrat prospective parliamentary candidate for Finchley and Golders Green.”

At the snap election two years ago, Mr Freer narrowly beat Labour by 1,600 votes, with Lib Dems a distant third with a little under 3,500 votes.

Labour has yet to announce its candidate.

The constituency voted 70% to Remain and Ms Berger will be hoping her party’s recently-approved policy of revoking Article 50 if it wins a majority at the next election will see her become a serious contender.

Her Jewish background could also play a factor in attracting voters who rejected Labour over concerns of growing anti-Semitism in the party.

Golders Green is home to one of the largest Jewish communities in the capital, with kosher bakeries and a visible Hasidic presence on its high streets and in the adjacent Temple Fortune.

In 2003, it became the first neighbourhood in Britain to secure permission for a Jewish boundary, known as an eruv, a wire that designates a zone where Orthodox Jews can carry out tasks normally banned in public spaces on the Sabbath, such as carrying keys or pushing prams.

Ms Berger, according to reports in the Ham & High newspaper, was phoned by the local Lib Dem executive on Tuesday evening to inform her of the decision to nominate her as the candidate.

The 38-year-old told the paper her children already go to nursery in the area and her grandmother also lives nearby.