Who is Sir William Wright? 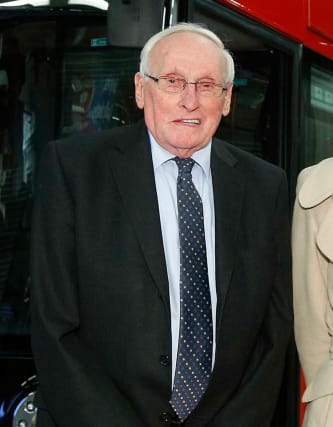 Ballymena businessman Sir William Wright rose to prominence by transforming his family business to one of the best-known bus manufacturers in the UK.

In 2012, the firm cemented its position in the market by securing the contract to build a fleet of New Routemasters for London.

The red hybrid diesel-electric vehicles became known as Boris buses after being enthusiastically endorsed by then London mayor Boris Johnson.

The Wright family has described the firm as having been started in 1946 in a tin shed as Robert Wright and Son.

From these humble beginnings working on lorries, it released its first bus bodywork in the late 1970s before the firm’s big breakthrough in the 1980s when it started building buses destined for roads across the UK.

Sir William, now aged in his 90s, dipped in and out of politics throughout his life, from serving as an Ulster Unionist councillor in Ballymena in the 1980s, to becoming an independent unionist in 1998.

In more recent years he has been a supporter of the Democratic Unionist Party, signing Ian Paisley’s nomination papers at the 2015 general election.

He has also spoken out in favour of Brexit, telling the Ballymena Guardian in 2016: “I am totally in favour of getting out. It is time to take back control of our own affairs.”

Sir William was knighted in the 2018 New Year Honours for services to the economy and the bus industry.

However internationally renowned Sir William and Wrightbus became, the workers and owners appear to have remained close.

Even as news the company had gone into administration was confirmed on Wednesday, one of the 1,000-plus workers losing their jobs expressed sympathy with Sir William.

Norman Stephens, a paint shop quality inspector, said he felt sorry for the businessman, who had worked so hard to build up what was once one of Northern Ireland’s most successful companies.

“He built it from nothing with his father and now it has went to the dogs,” he said.