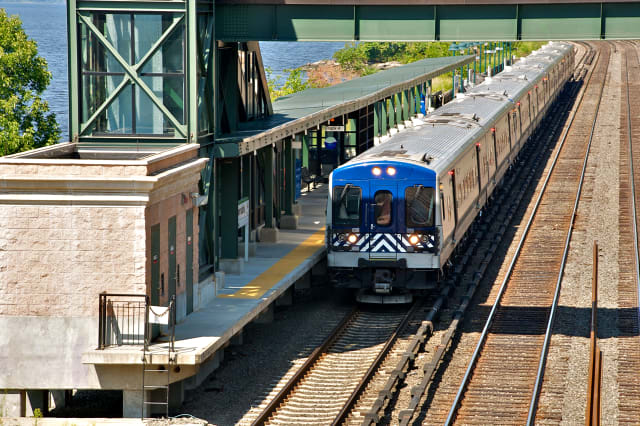 A man in New York died and his 5-year-old daughter suffered minor injuries on Monday after he apparently jumped in front of a subway train while holding onto the little girl, police and witnesses said.

The child was taken to a hospital in stable condition after the incident, which occurred at around 8 a.m. in front of horrified commuters at the Kingsbridge Road station in the Bronx.

The father, identified as Fernando Balbuena-Flores, 45, was pronounced dead at the scene.

"I watched as that train came around that corner and I saw as the man jumped and I see the little feet hanging out," said a witness, Jennifer Hub, who described "at least 20, 30 people screaming" as the chaotic scene unfolded.

As the train came to a halt, video shows people jumping onto the tracks to rescue the child, who was safely lifted to bystanders on the platform. Two good Samaritans also received treatment for minor injuries.

"Thank God above," said the shaken Hub, a mother of four who had just dropped her own 6-year-old off at school.

Another witness, Leidy Martinez, said she was on the platform and saw the two go under the train.

"When the train was approaching, oh my god, he took that girl and he jumped, Martinez, 49, told The New York Times.

Antonio Love, 32, one of the people who helped rescue the girl, said he was walking near the platform when he heard people screaming and ran to the scene where he said another man was already helping the girl.

"The only thing she was saying was 'Papa, my papa," said Love.

The girl, whose name was not released, was treated for some cuts and later reunited with her mother, Niurka Caraballo.

"The girl is in perfect condition," the mother said. "Thank God and the angels who watched over her. Everything is OK, except that now I'm without my husband."