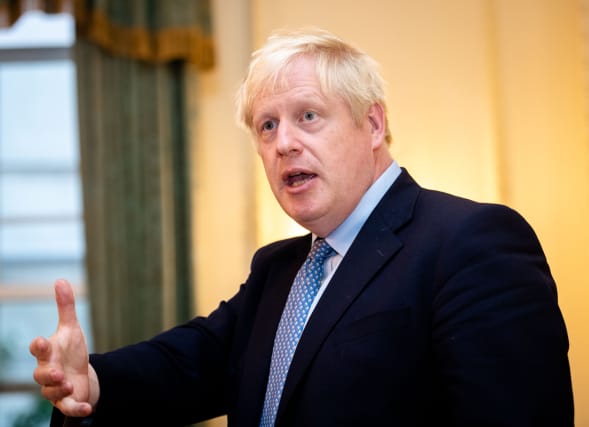 Parliament may remain suspended even if Boris Johnson loses a historic Supreme Court case over the five-week prorogation.

Documents submitted on Thursday to the 11 justices hearing the case revealed three possible scenarios in the event the court rules the suspension was unlawful, two of which could see the Prime Minister make a fresh decision to prorogue Parliament.

The other outcome could see the court order that Parliament should be recalled, but Mr Johnson’s lawyers urged the judges to consider the “very serious practical consequences” involved in this option, as it would require a new Queen’s Speech and State Opening of Parliament.

The document stated: “A Queen’s Speech, and the State Opening of Parliament which accompanies it, is a significant political, constitutional and ceremonial occasion, which ordinarily involves the sovereign attending in person.

“As the court will be well aware, the proper preparations for a Queen’s Speech are a matter of thoroughgoing importance, including in relation to the content of that speech.

“Extensive arrangements would have to be made, including as to security, to enable this to occur.

“These considerations lead to the need for any order that the court makes, if necessary, to allow for these steps relating to the earlier meeting of Parliament to occur in an orderly fashion.”

The court is hearing appeals arising out of two separate challenges in England and Scotland – which produced different outcomes – over the Prime Minister’s advice to the Queen to suspend Parliament for five weeks until October 14.

At the High Court in London, the Lord Chief Justice Lord Burnett and two other judges rejected businesswoman Gina Miller’s challenge, finding that the prorogation was “purely political” and not a matter for the courts.

But in Scotland, a cross-party group of MPs and peers won a ruling from the Inner House of the Court of Session that Mr Johnson’s prorogation decision was unlawful because it was “motivated by the improper purpose of stymieing Parliament”.

Mrs Miller is now appealing against the decision of the High Court, asking the Supreme Court to find that the judges who heard her judicial review action “erred in law” in the findings they reached.

Her barrister, Lord Pannick QC, told the court on Tuesday that Mr Johnson’s motive for an “exceptionally long” prorogation was to “silence” Parliament, and that his decision was an “unlawful abuse of power”.

Sir James Eadie QC argued on the Prime Minister’s behalf on Wednesday that the suggestion the prorogation was intended to “stymie” Parliament ahead of Brexit was “untenable”.

The justices are also being asked by the Westminster Government to allow an appeal against the decision in Scotland.

On Thursday, the third and final day of the unprecedented hearing in London, Sir John’s QC Lord Garnier told the court his intervention was “nothing to do with the arguments for or against Brexit”.

Lord Garnier said Sir John was of the view that the “inference was inescapable” that Mr Johnson’s decision was “motivated by his political interest in ensuring that there was no activity in Parliament during the period leading up to the EU Council summit on October 17 and 18”.

Lord Garnier, who served as solicitor general under David Cameron, said the effect of the suspension was to “deprive Parliament of a voice” throughout the five-week period.

In a witness statement prepared for the High Court hearing, Sir John said it was “utterly unacceptable” for the Government to “seek to bypass” Parliament because it does not agree with the proposed course of action on a certain policy.

The statement read: “I have huge admiration for our Parliament and am a keen supporter of its rights and duties.

“I cannot stand idly by and watch them set aside in this fashion.”

The judges also heard submissions on behalf of the Welsh and Scottish governments and Mr McCord.

The Prime Minister advised the Queen on August 28 to prorogue Parliament for five weeks and it was suspended on September 9.

Mr Johnson says the five-week suspension is to allow the Government to set out a new legislative agenda in a Queen’s Speech when MPs return to Parliament on October 14.

But those who brought the legal challenges argue the prorogation is designed to prevent parliamentary scrutiny of the UK’s impending exit from the EU on October 31.

The hearing is due to conclude on Thursday afternoon, but it is not known when the court is expected to give its ruling.