Former prime minister David Cameron has revealed he used to sneak out of Eton in a rowing boat to get 'off his head' on the Thames.

The revelation comes as the Times newspaper serialises the 52-year-old's book, For the Record, after almost three years of silence.

Mr Cameron said his first dalliance with cannabis came in his third year at the school when he became increasingly obsessed about living in his brother's shadow.

He said: "A few friends had started getting hold of cannabis.

"In those days it was mostly in the form of hash, typically dark brown and crumbly, although occasionally some "Red Leb", supposedly from the Bekaa Valley in Lebanon, would show up. 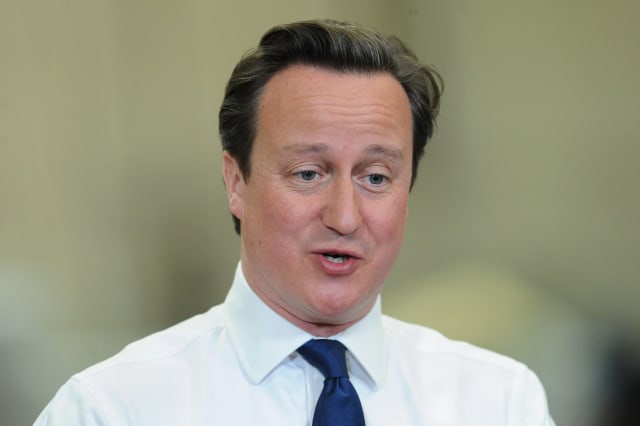 "Instead of popping behind the school theatre for a fag, we started going for a joint.

"In my case — comically, as I now look back on it — three of us used to hire one of the school's double scull rowing boats and head off to a small island in the middle of the Thames called Queen's Eyot. Being quite small back then, I was the cox. Once there, we would roll up and spend a summer's afternoon gently off our heads."

It's not the first time Mr Cameron has addressed his drug use and he previously revealed he had smoked cannabis while studying at Oxford University.

However, according to his book his early dabbling did not end well.

He revealed his boating friends were the first boys to be caught and chucked out before he was eventually caught.

He added: "Boy after boy had been interrogated. It was getting close to half-term. As a minor offender, maybe I had got away with it? Not a bit of it.

"I can still remember where I was sitting — in a maths class — when the door opened and I was summoned to see my housemaster in the middle of the day. This was without doubt the worst moment of my life so far.

"The housemaster gave me no chance for weak excuses: 'It's no use denying it, David, we have signed confessions from others, and we know about at least one occasion when you took drugs.'

"The next stage was going to see the headmaster, Eric Anderson.

"The strange thing about that interview was that he seemed more nervous than me.

"I think he found the whole episode shocking, and he was clearly still coming to terms with the words for various drug paraphernalia.

"Because I was so keen not to implicate anyone else, I claimed — totally falsely — that I had only smoked cannabis once at Eton, and all the other times were "at home in the village".

"This involved me telling a more and more elaborate set of lies. I am not sure he believed a word I said, but my abiding memory is the moment he asked, 'Yes, Cameron, but who rolled the joint?'"

However, it was not his last experience - he also admits smoking it with his wife, Samantha, and her friends.