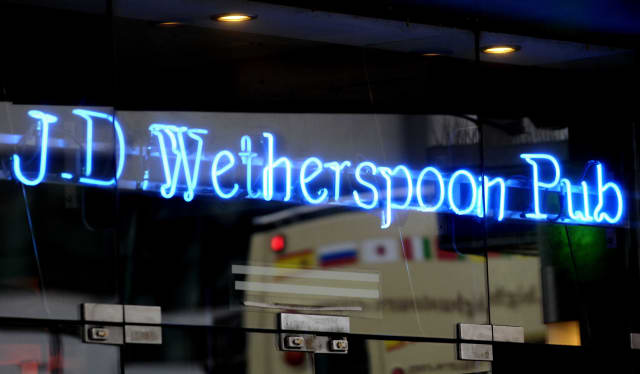 Pub group JD Wetherspoon has reported falling annual profits in the face of higher costs, but cheered a hike in sales as pub-goers shrugged off Brexit uncertainty.

Results were hampered by property costs, as well as increased wage bills and a programme to refurbish and open new pubs.

It saw like-for-like sales jump 6.8% and said trading had held up since the year-end, with comparable sales up 5.9% in the six weeks to September 8.

He added: “We currently anticipate a reasonable outcome for the current financial year, subject to our future sales performance.”

But Mr Martin – a prominent Brexit campaigner – hit out at the “elite Remainers” for ignoring the long-term benefits of Brexit.

Wetherspoon slashed 20p off the cost of a pint of beer last week in nearly 700 of its pubs, calling it an example of how leaving the customs union with the EU can reduce prices.

Mr Martin said leaving the customs union on October 31 would allow the Government to end “protectionist tariffs”, which he maintained would reduce prices in pubs and supermarkets.

It is the latest Brexit-related move by JD Wetherspoon, which has shown its commitment to leaving the EU by selling more English and Australian wines over European brands.

In its annual results, Mr Martin said: “Elite Remainers are ignoring the ‘big picture’, regarding lower input costs and more democracy, and are mistakenly concentrating on assumed short-term problems, such as potential delays at Channel ports – which are easier to extrapolate on their computer models.”