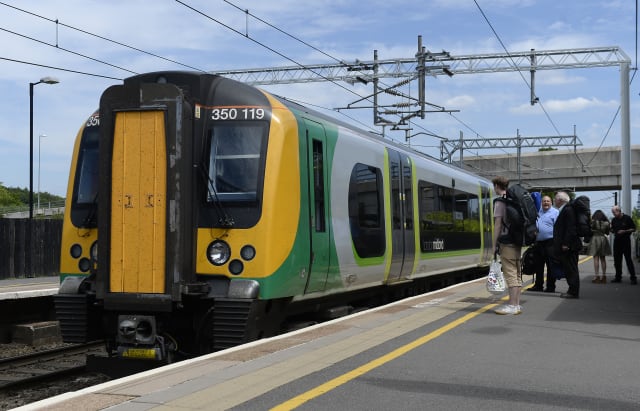 Rail app firm Trainline has upped its full-year sales outlook thanks to a surge in UK ticket sales.

The group – which made its stock market debut in June – saw shares leap 5% higher as it said it now expects annual revenue growth to be in the “low to mid 20%” range.

In its update on its half year to August 31, Trainline said total UK ticket sales rose 15% to £1.6 billion, including business travel.

A solid international performance added to the sales cheer, with overseas ticket sales growth of 52% to £259 million.

Clare Gilmartin, chief executive of Trainline, said: “We are pleased with the strong levels of growth we have delivered in the first half of the year.

“Our performance is underpinned by the long-term shift of customers from offline to online, the successful roll-out of eTicketing and our continued focus on making rail and coach travel easier for customers worldwide.”

Trainline also announced that chairman Douglas McCallum will step down on November 5 after six years, with deputy chairman Brian McBride succeeding him at the helm.

Trainline said it expects second half UK consumer sales growth to ease back after its stellar start to the year, although it said this was largely due to the launch of new revenue streams a year earlier.

Ms Gilmartin said the future was bright for Trainline, with strong potential for further growth.

She said: “As most rail and coach tickets continue to be sold offline, and as customers and governments commit to championing more environmental modes of travel, we see significant growth opportunities for Trainline over the long term.”

The firm, which is backed by private equity giant KKR, saw shares immediately rise after it floated on the London Stock Exchange in June, valuing it at almost £2 billion following its first day of trading.

Trainline employs more than 600 people across its offices in London, Paris and Edinburgh.

Analysts at Numis Securities said Trainline had delivered a “strong” update and added they expected to hike their full-year profit forecast by around 5% after the sales cheer.