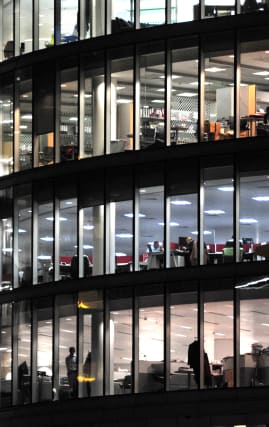 A no-deal Brexit could lead to the UK’s first recession for a decade, according to new analysis.

A KPMG study found that GDP could contract by 1.5% next year if there is a disorderly exit from the European Union on October 31.

However, a Brexit deal which finally resolves some of the uncertainties about the UK’s future trading relationship with the EU could lead the UK economy to perform better in 2020 than previously expected with growth of 1.5%, the analysis suggests.

Economists said the threat of no-deal has become “increasingly real” and are urging businesses in Scotland to prepare for a recession.

Catherine Burnet, senior partner at KPMG in Scotland, said: “Our latest report is already identifying weaknesses in important sectors for the Scottish economy, including manufacturing, and services.

“In other areas, including retail, the downward trend has slowed, but the long-term outlook remains concerning.

“It reaffirms the need for Scotland’s businesses to plan now, if they haven’t already developed a strategy.

“At KPMG, our work with the CBI on tackling productivity in Scotland is an example of some of the areas where greater collaboration can help the wider business community strengthen itself ahead of any significant future challenge.

“The threat of a no-deal Brexit has becoming increasingly real, as has the possibility of domestic political and policy change.”

KPMG UK’s latest quarterly Economic Outlook suggests a no-deal Brexit could significantly dent exports in 2020 amid delays at the border and confusion over regulation.

However, it said a deal could prompt an appreciation of the pound by as much as 15% and enable businesses to recommence their investment plans.

The analysis found that, with a strong labour market providing support for further consumer spending, the UK economy has the potential to then perform more strongly in 2020, even though a Brexit deal is unlikely to resolve all the outstanding questions about the UK’s ongoing relationship with the EU.

Yael Selfin, chief economist at KPMG UK, said: “With the Brexit debate poised on a knife-edge, the UK economy is now at a crossroads.

“It is difficult to think of another time when the UK has been on the verge of two economic outturns that are so different, but the impact of a no-deal Brexit should not be under-estimated.

“Despite headwinds such as the slowing global economy and limited domestic capacity, the UK economy now has the potential to strengthen over the next 12 months. But a no-deal Brexit could put paid to this upside, triggering the UK’s first recession for a decade.”