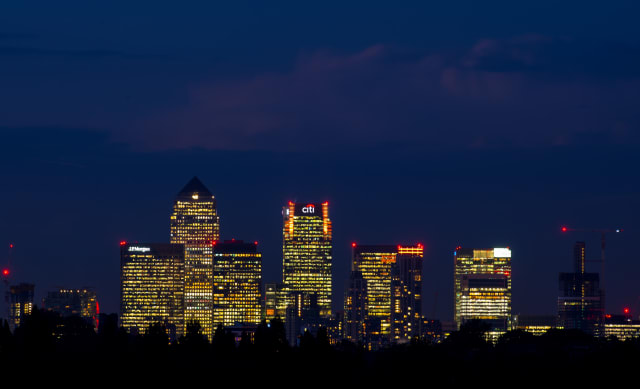 The London markets all sank as FTSE stocks were weighed down by the strengthening pound, which was buoyed by a surprise return to GDP growth.

The pound improved, denting internationally focused stocks, after the Office for National Statistics said the economy grew by 0.3% in July, reducing the likelihood the UK will enter a recession.

Connor Campbell, financial analyst at Spreadex, said: “After a shaky start sterling rediscovered the spring in its step on Monday, aided by a surprisingly strong morning for UK data.

“Predictably the pound’s recovery saw the FTSE move in the other direction. The UK index had quickly crossed 7,300 after the bell – a few hours later and it tumbled to a one-week low.”

Sterling jumped against the dollar and the euro as currency traders were boosted by suggestions that MPs will prevent the Government from calling a snap election.

The European markets were mixed, with the Dax rising to a six-week high as investors were more optimistic about Brexit, but the French markets edged lower.

The Dow Jones opened slightly higher on Monday, with stocks supported by expectations of an interest cut by the Federal Reserve next week.

In stocks, British Airways owner IAG saw shares nudge lower after Monday’s flights were crippled as pilots launched a 48-hour strike in a dispute over pay.

Members of the British Airline Pilots Association (Balpa) are staging their first industrial action against the airline, grounding hundreds of flights.

The finance boss at ABF said the company will take on the impact of a weak pound rather than pass price increases on to customers.

Eddie Stobart Logistics announced it could be taken over, less than a month after shares were suspended and the chief executive was shown the door.

Shopping centre giant Intu has seen shares surge higher on the back of reports that a private equity buyer could snap up the retail property group.

The price of oil rallied after the Saudi energy minister said the pact to curb oil production could last “until death do us part”.