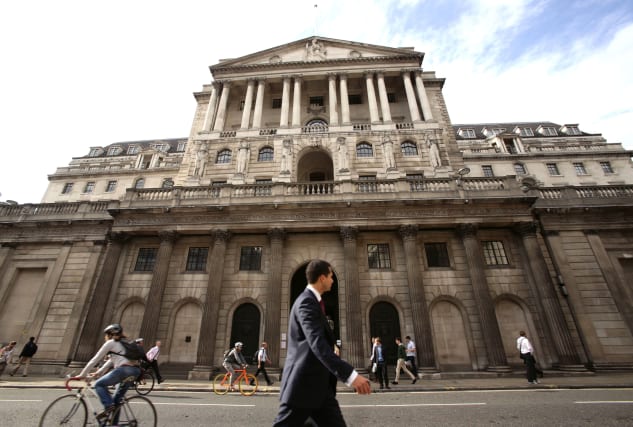 The UK’s economic policy has left the country at risk of facing an “unnecessarily painful” recession, according to a new report.

The Resolution Foundation said the Bank of England has “blunted” the tools it needs to use in order to make sure the UK is prepared to cope with a possible recession.

Fears have escalated that the UK could enter a recession this year after the economy contracted in the second quarter on the back of a sharp fall in manufacturing and construction output.

But researchers at the London think tank said that the UK is “not recession ready” due to current economic policy.

Mark Carney, governor of the Bank of England, has continued to keep interest rates low despite calls from some economists to increase rates.

Last month, the central bank cut its outlook for UK growth, predicting an expansion of 1.3% this year and next, assuming there is a smooth Brexit.

The Resolution Foundation said, in its latest report entitled Recession Ready, that the low level of interest rates means the bank will not be able to offer the same level of support in the next recession as it did in 2009, when quantitative easing (QE) was also used to support the economy.

The report claims that cuts in interest rates and increased QE could only provide around a quarter of the support to the economy needed in even an average recession.

James Smith, research director at the Resolution Foundation, warned that lower income households in the UK are “more exposed” to an economic downturn than before the 2009 financial crisis.

The UK currently faces the highest recession risk since the crisis a decade ago, the report said.

Mr Smith said: “As well as trying to deliver good times, we should be making sure we are able to respond effectively in bad times to minimise the pain of the next downturn. But the UK today is not recession ready.

“The Bank of England in particular used powerful policy tools to fight the last great recession – from slashing interest rates to injecting billions into the economy via quantitative easing.

“But ultra-low interest rates now mean these tools are blunted. Our plans for fighting the next downturn have not been sufficiently updated to recognise this reality.”