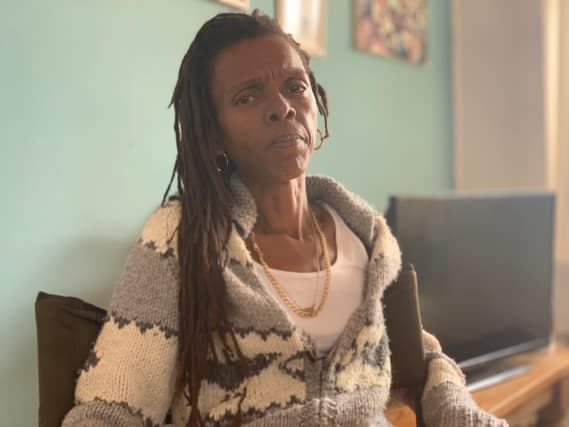 A murdered 20-year-old student labelled her mixed-race half-sisters “white devils” and turned racist after she joined a “cult” church, her family claims.

Joy Morgan was murdered in December 2018 by Shohfah-El Israel who she met at the Israel United In Christ (IUIC) church in Ilford, east London.

Israel, whose birth name is Ajibola Shogbamimu, was jailed for a minimum of 17 years in August after he was found guilty of her murder.

Now, an investigation by BBC Radio 1 Newsbeat has learned how there was a dramatic change in Ms Morgan’s character after she joined the IUIC, which believes black and Hispanic people are the Biblical 12 tribes of Israel.

She said: “The moment she started getting more and more into the church it was unbearable.

“In the house we were ‘dirty people’ because we were not converted to the faith.

“The moment she called my mixed-race daughter a demon because she is mixed-race I said ‘No’.

“I took the laptop away and that’s when things got to the point of arguments and she left. She went homeless.”

Her step-sister Dionne said: “The teaching of the church, it just seems like a cult and she just got swept away in it.”

The Southern Poverty Law Centre, a civil rights organisation in the US, describes the church as a “hate group” and “a black nationalist group”.

The allegations have been denied by the IUIC.

Ms Morgan was last seen at a celebratory dinner at the American-founded IUIC on December 26 2018.

Her killer, Israel, lied to police when he was arrested, saying he had dropped Ms Morgan off at her student accommodation in Hatfield following the event.

After killing Ms Morgan he attempted to cover his tracks by removing her number from a church Telegram group chat, Reading Crown Court heard during his trial.

Despite church members saying they were surprised at her apparent departure, they did not report her missing, the court heard.

She was not reported missing until six weeks later when her mother was called by Ms Morgan’s estate agent to say her daughter had not paid her rent.

IUIC told BBC Radio 1 Newsbeat it is not a hate group.

It said: “At no point do we teach against the laws of the land or authorities.”

It said when Ms Morgan went missing “all indications pointed to her leaving the church or wanting time away, not being in danger”.

Speaking about Israel, the church said he was no longer a member and that his “conduct throughout the investigation and trial has been nothing short of disgraceful and is not in line with church principles”.

IUIC said: “We will make this clear though, Israel United in Christ cares strongly about the wellbeing and safety of all our members and constantly strives to ensure improved safety procedures are in place.”