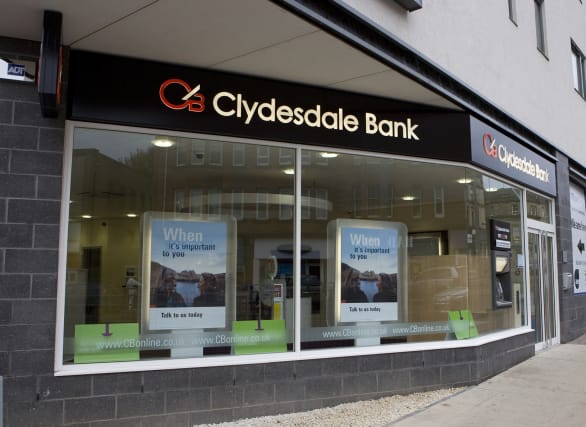 Shares in CYBG have hit a record low after the bank warned it would take a hit of up to £450 million on payment protection insurance (PPI) costs.

The Clydesdale and Yorkshire Bank owner said it had received eight months’ worth of information requests in August, the final month leading up to the PPI deadline.

More than 340,000 requests were received over five weeks, and the group must wade through them to assess how many complaints will be upheld.

CYBG said it could not “accurately determine the final outcome” of how many will lead to a payout.

It has estimated on a provisional basis that the PPI legacy cost will be between £300 million and £450 million.

Following the announcement late on Wednesday, shares in CYBG crashed by almost a quarter on Thursday morning.

Earlier on Wednesday, CYBG had warned of a “material” cost from the recent frenzy of claims.

That came on the day Royal Bank of Scotland warned over a hit of up to £900 million following the last-minute surge.

The industry saw a rush in PPI mis-selling claims before the deadline, with a pick-up in the last few months and a flurry in the final days.

Co-op Bank said on Thursday that it had also received a substantially greater volume of complaints and inquiries than expected. The bank said the board is assessing impact of the surge on its PPI provisions.

Santander was forced to extend its deadline for claims to be submitted after complaints that its website was not working, which it said was due to high numbers of customers contacting it about PPI.