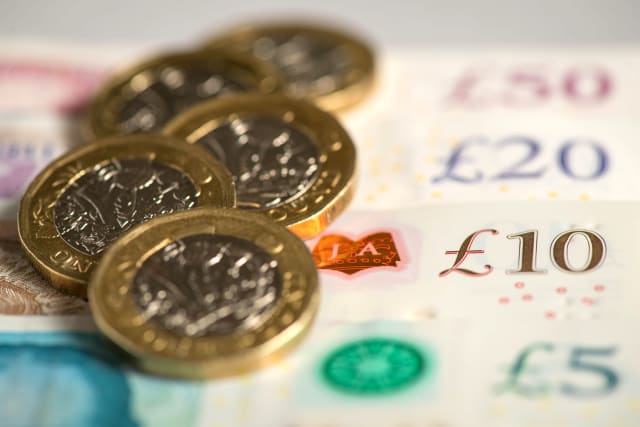 The UK was a step closer to falling into a recession on Wednesday as the latest economic data for the all-important services sector came in lower than expected.

Services, which account for four fifths of the country’s GDP, were subdued in August, with the IHS Markit / CIPS UK services PMI survey coming in at 50.6. Anything below 50 in the survey of industry insiders is seen as a sector in reverse.

When combined with PMI surveys for the construction and manufacturing sector from earlier in the week, the UK score sits at 49.7 for August – translating into a potential 0.1% shrinking in GDP in the third quarter of the year.

Chris Williamson, chief business economist at IHS Markit, which compiles the survey, said: “So far this year the services economy has reported its worst performance since 2008, with worrying weakness seen across sectors such as transport, financial services, hotels and restaurants, and business-to-business services.”

He added: “The August decline in the all-sector PMI has pushed the surveys further into territory that would normally be associated with looser monetary policy.

“Such weak PMI readings have in fact never been seen before in over 20 years of history in the absence of either recent or imminent stimulus such as rate cuts or quantitative easing.”

The services data was lower than the 51 score analysts expected and fell from 51.4 in July.

The data also revealed: “Moreover, new export work stalled, following a modest expansion in July. A number of firms noted a boost to overseas sales from the weak sterling exchange rate, but there were also reports that some European clients had delayed committing to new projects in response to heightened political uncertainty.”

Growth projections now sit at the lowest level since July 2016 and margins were also squeezed as the sector fought for business through competitive price cutting.

Analysts suggested the weak numbers could focus the minds of the Bank of England (BoE), which may want to cut interest rates in an attempt to stimulate spending.

Allan Monks at JP Morgan said: “The BoE has continued to push back on expectations it will cut rates.

“While we have no doubt that this would happen in the event of a no-deal, the recent weakening in the data should start to alter the BoE’s thinking about the odds of a rate cut in other scenarios too – particularly in the event that the Article 50 deadline gets extended without a clear understanding of what happens next.”

On Monday, the manufacturing sector fell at the fastest rate in seven years in August, and on Tuesday the construction sector said it had suffered the sharpest fall in new orders since the financial crisis.