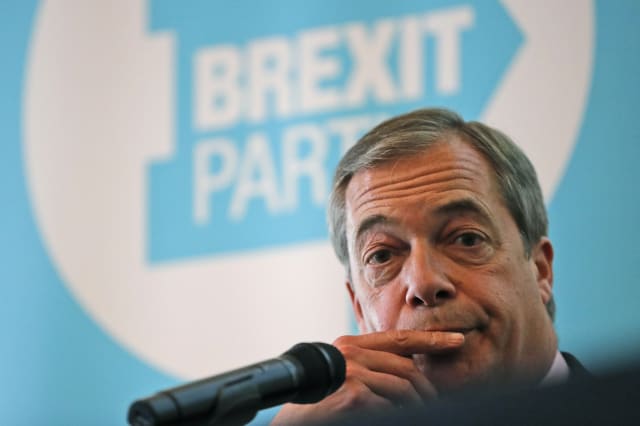 The leader of the Brexit Party Nigel Farage said he did not trust Prime Minister Boris Johnson to take Britain out of the European Union without a deal and so would struggle to strike an electoral pact with him.

"Of course if Boris Johnson says we're leaving, we're going to have a clean break... then we, the Brexit Party, would put country before party and tell Mr Johnson that we want to help you in any way we can," he said, referring to a possible pact for the next election.

"But I'm afraid that's not what the prime minister wants to do and that was made very clear by his statement outside Downing Street last night. He is intent on reheating Mrs May's Withdrawal Agreement."

Boris Johnson faces a decisive 72 hours as Parliament legislates to prevent the Government forcing the UK out of the EU without a deal. The prime minister has threatened to call a general election if he is forced to ask the EU for an Article 50 extension; but those plans were thrown into doubt after Labour MPs said they would not vote for one.

The likely date for an election has ben reported to be the 14th October, but the Government has the power to move that date - effectively changing polling day to after the UK is meant to leave.