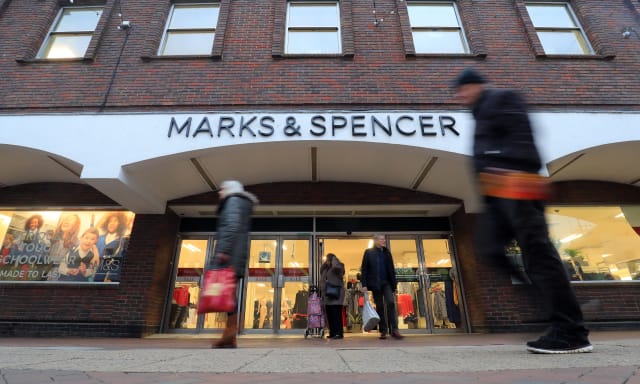 Marks & Spencer will drop out of the FTSE 100 for the first time since the index was created 35 years ago, after its value fell below the threshold for inclusion.

The relegation was confirmed by stock market closing prices on Tuesday, which dictate the quarterly reshuffle of the top UK-listed companies.

The official announcement will be made on Wednesday and changes will take effect on September 23.

M&S was already near-certain to get the boot after a decline in its share price of more than 45% over the last three years.

It is one of the founder members of the 1984 FTSE 100 cohort, leaving just 26 of the original line-up still on the index.

Helal Miah, investment research analyst at the Share Centre, said: “M&S for many generations has been a stalwart of the UK retail market and a founding member of the FTSE 100.

“Its relegation will be highly symbolic of the troubles on the UK high street and the challenges the UK retail sector faces as the internet plays an increasingly important role.”

It is not the first time M&S chairman Archie Norman has watched a company he heads leave the index, having previously been at the helm of ITV during its relegation.

Speaking at the company’s preliminary results he said: “When I went to ITV we dropped out of the FTSE 100, the sky didn’t fall in – the business was the same business the day after.”

Companies which have narrowly avoided dropping out this time round include British Gas owner Centrica, which looked close to the edge last week but recovered slightly.

It was also aided by the fact that Micro Focus issued a profit warning last week, making the software giant a prime candidate for demotion.

M&S may not be the last retail stalwart to find itself in the FTSE 250, with Sainsbury’s, Morrisons and B&Q owner Kingfisher all set to be contenders for relegation in the next reshuffle.