Pope rescued by firefighters after getting stuck in Vatican lift 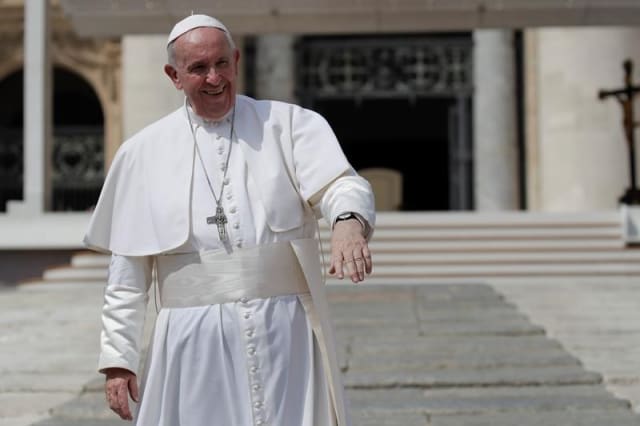 Francis said a 'drop in tension' caused the lift to block and asked those in St Peter's Square to applaud the firefighters who rescued him.

Pope Francis has said he was stuck for 25 minutes in a Vatican lift and had to be rescued by firefighters.

Francis apologised to faithful in St Peter's Square for showing up seven minutes late for his traditional noon appointment with the public.

Apparently referring to electric power, Francis said a "drop in tension" caused the lift to block.

He said Holy See firefighters rescued him and asked the people in the square to applaud them.