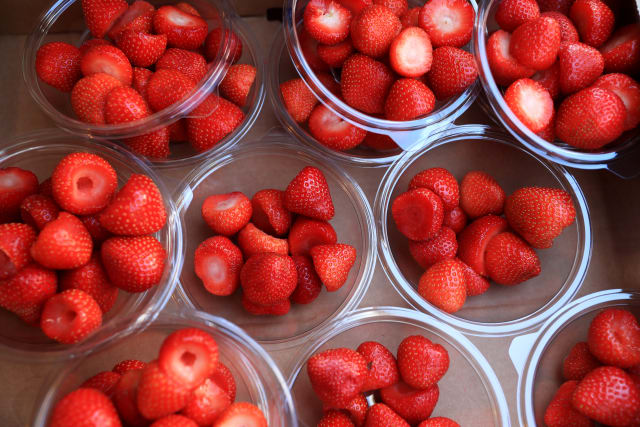 The trade body for UK retailers has said it is “categorically untrue” that fresh food supplies would be unaffected in a no-deal Brexit scenario.

Michael Gove, the cabinet minister responsible for the Government’s no-deal preparations, said “there will be no shortages of fresh food” if the UK leaves the EU without a deal.

Responding to the claims made by Mr Gove on the BBC’s Andrew Marr Show, a spokesman for the British Retail Consortium (BRC) said it is “impossible to mitigate it fully as neither retailers nor consumers can stockpile fresh foods”.

Pressed on whether there would be shortages of fresh food as a result of a no-deal Brexit, Mr Gove said: “Everyone will have the food they need.”

Asked if food prices would increase, Mr Gove said: “I think that there are a number of economic factors in play.

“Some prices may go up. Other prices will come down.”

A spokesman for the BRC said: “It is categorically untrue that the supply of fresh food will be unaffected under a no-deal Brexit.

“The retail industry has been crystal clear in its communications with Government over the past 36 months that the availability of fresh foods will be impacted as a result of checks and delays at the border.

“Indeed, the Government’s own assessments showed that the flow of goods through the channel crossings could be reduced by 40-60% from day 1, as would the ‘availability and choice’ of some foods.”

They continued: “The reality remains that a no-deal Brexit in October would present the worst of all worlds for our high streets and those who shop there.

“Retailers will be preparing for Christmas, stretching already limited warehousing capacity, and the UK will be importing the majority of its fresh food from the EU, magnifying the impact of border delays.”

The BRC’s estimates that soft fruits and vegetables, such as strawberries, tomatoes and lettuces, would likely see reduced availability as they are largely imported during the winter months.