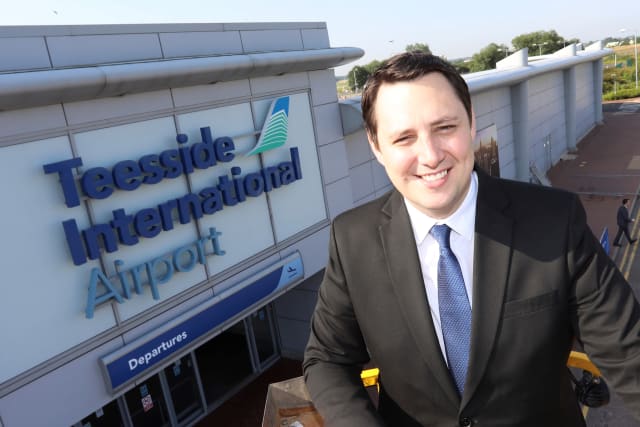 An elected mayor has revealed his controversy-hit local police force has been put on “special measures” and questioned why their police and crime commissioner (PCC) has not resigned.

Cleveland Police’s new Chief Constable Richard Lewis wrote to local leaders informing them that following an inspection in May by Her Majesty’s Inspectorate of Constabulary and Fire and Rescue Services, the force will “enter the national oversight process”.

He will hold a meeting next month with local organisations about the way forward.

That news led Conservative Tees Valley mayor Ben Houchen to call for the resignation of the Labour PCC Barry Coppinger and say Cleveland Police had been a “basket case” for years.

Mr Houchen tweeted a popular GIF of a cartoon dog sitting in a blazing house, captioned “it’s fine”, adding the message: “The Cleveland Police and Crime Commissioner, @Cleveland_PCC, sat in his office when he hears Cleveland Police are being put into special measures by HMI… what a joke. How has he not resigned yet!? #BumblingBarry

He then tweeted: “Cleveland Police have been a basket case for years.

“Hacking of journalist’s phones, institutional racism, more Chief Constable than I’ve had hot dinners and now HMI put them into special measures. All under the PCC’s leadership. It’s now embarrassing that he hasn’t resigned.”

Cleveland Police has admitted using legislation aimed at tackling serious crimes including terrorism to monitor journalists’ phones – including two from the PA news agency – while carrying out a probe into leaked information.

It lost an employment tribunal when a specialist firearms officer accused his superior officers of racism.

After the mayor made his comments on social media, Mr Lewis responded that he always intended to be transparent with the public about the scale of change needed and said improvements have already been made.

He said: “Over my early months in the north-east, I have been deeply impressed by the quality of leaders across different sectors and industries and the passion with which they talk about this area and its people.

“I will doubtlessly want to draw upon those different areas of expertise over the coming years.

“Our communities continue to have my absolute commitment that we’re already working tirelessly to make significant improvements and when necessary we will bring in experts from outside Cleveland Police to support us.

“We hope that the public will continue to show support for our front-line officers and staff while challenging us to live up to our pledge.”

Mr Coppinger said the chief constable will prioritise an action plan to drive through improvements and he welcomed the inspectorate’s involvement in the oversight process.

He said: “I have always believed the best way to deliver public services is through a partnership approach, including residents, local businesses, public and voluntary sectors and I therefore welcome and support the decision of the chief constable to outline his plans to key stakeholders.”