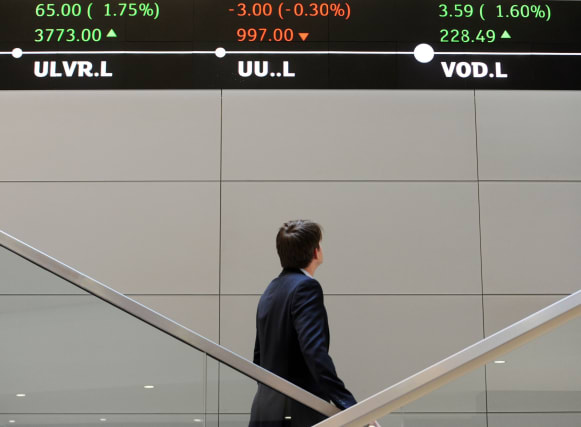 Top shares gained ground in London on Thursday as the global mood lightened thanks to apparent progress in US-Chinese relations.

It was just behind European peers as the German Dax rose 1.18% and the French Cac climbed 1.51%.

David Madden, market analyst at CMC Markets UK, said: “Equity markets in Europe are in positive territory heading into the close as US-China trading relations have taken a positive turn. The Chinese ministry for commerce made it clear they are keen to strike a deal, but at the same time they will not be pushed around.

“Beijing admitted that further trade tensions will be harmful to everyone, and foreign firms operating in China won’t come under pressure, but at the same time, the country is willing to flex its financial muscles to inflict pain on the US should it see fit.”

While relatively quiet compared to the previous day, analysts said the currency is likely to be volatile amid the row over Boris Johnson’s decision to suspend Parliament in mid-September.

Oil prices recovered from a dip caused by concerns over global economic growth, boosted by lower US inventories.

Recruitment firm Hays saw full-year profits dip as it was weighed down by the cost of restructuring its European operations and declines in business confidence.

Software giant Micro Focus’s shares plunged 504p to 1,051.4p after it warned sales will be lower than previously expected as bosses said the economic uncertainty is slowing business.

The Gym Group hailed surging membership and a rise in premium members, as it saw profits jump in the six months to June.

Guarantor lender Amigo’s shares dropped 75.5p to 70.7p after it warned of a slowdown in lending growth ahead of an expected regulatory crackdown.

Goals Soccer Centres, the five-a-side football pitch operator reeling from a major accounting scandal, has put itself up for sale.

The company’s shares remain suspended due to the investigation into a £12 million VAT accounting fraud.

Consumer goods firm PZ Cussons agreed to offload two of its brands as it embarks on a new strategy to focus on core ranges.