Like button among most toxic elements of social media, poll suggests 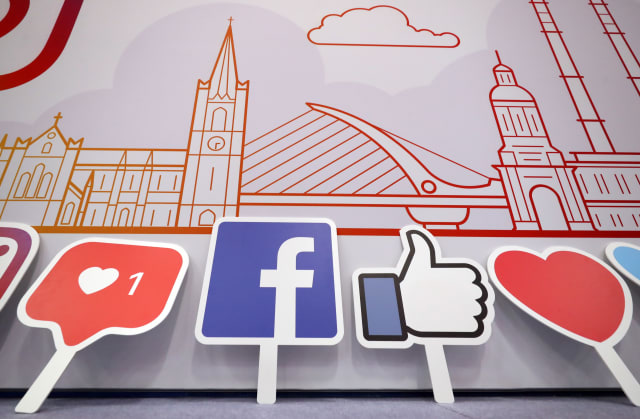 The like button and push notifications are considered some of the most toxic elements of social media, according to a new poll.

More than 2,000 people ranked triggering content – the kind of posts that remind users of a negative experience – as the number one troubling feature on social networking sites.

The findings come ahead of Scroll Free September, a month-long campaign led by the Royal Society for Public Health (RSPH), which encourages users to take a break from platforms such as Instagram and Twitter for the duration of September.

The initiative follows the establishment of health awareness months such as Dry January, when people cut back on alcohol, and Stoptober, when smokers are encouraged to quit.

2019 is Scroll Free September’s second year in action, aimed at encouraging users to build a balanced, positive and meaningful relationship with platforms amid increased concern about their impact on mental health.

This year it will also promote giving up online gambling for a month.

The like button was voted as the second most toxic element of social media, in a survey of 2,108 people, followed by push notifications – the alerts which appear on smartphones to inform users about content received on their social media accounts.

Almost a quarter (24%) of 18 to 24-year-olds said they see the most toxic element to be push notifications.

Campaigners behind the research said social media giants must build their platforms to encourage meaningful use.

“While we welcome steps by industry to mitigate harms related to social media use, it is notable that two of the most toxic elements of platforms are the like button and push notifications – elements specifically created by social media companies themselves,” said Shirley Cramer, chief executive of RSPH.

“Along with our campaign to raise public awareness and help users build balanced relationships with social media, there is also a duty of care that falls on industry.

“The architecture of social media must be built to encourage meaningful use and, most importantly, place the user behind the wheel.”

Fear of missing out – commonly known as FOMO – and pressure from celebrities and influencers, also made it into the top five.

Bullying was identified as the most toxic element of social media for almost one in three 16-17-year-olds (31%).

Meanwhile, memes, holding organisations and public figures to account, as well as access to health information, were ranked among the highest meaningful elements.

“We also know the big social media companies must be held to account when they refuse to take down damaging images or let anti-vaccination nonsense spread easily.

“Excessive social media use is a public health challenge and it is time we took it more seriously.”

A separate survey of more than 900 therapists has highlighted the potentially negative impact of phone usage and social media scrolling upon romantic relationships.

According to 64% of the Counselling Directory members, mobile phone usage is a subject that comes up in private counselling.

The service’s own #ScrollControl campaign with Happiful Magazine found 40% of those who cited mobile phone usage as a problem said it impacts people’s relationships more than in any other area of their lives, mainly causing feelings of rejection, communication breakdown and problems with sexual intimacy.