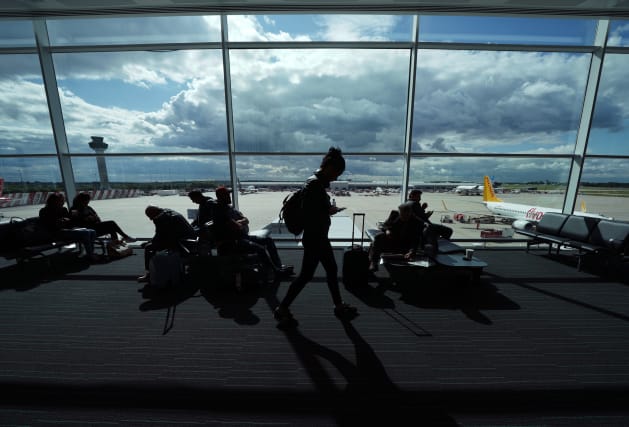 Satisfaction with air travel has fallen in the past three years, according to new research.

The Civil Aviation Authority’s (CAA) latest aviation consumer survey suggests the proportion of people satisfied with their most recent flying experience has decreased from 90% in June 2016 to 81% in June 2019.

The average recorded in the previous survey conducted in autumn last year was 82%.

Some 3,500 UK adults were polled for the most recent report.

Recent flyers from north-east England are the most likely to be satisfied (90%) while those from Northern Ireland are the least content (67%).

Reasons for dissatisfaction include poor handling of complaints by airlines and airports, a lack of information from airlines when flights are delayed and inadequate accessibility for passengers with reduced mobility.

The research also reveals a gradual rise in respondents’ awareness of the environmental impact of flying and a willingness to pay more in a bid to reduce it.

CAA policy director Tim Johnson said: “The numbers show a positive story overall, but it is important for the industry to continue to work to improve areas where consumers are less happy, including complaint handling, transparency and provision for those who benefit from more support.

“These are particular areas where we support the Government’s proposals in its Aviation 2050 strategy to make improvements for consumers.

“The research also revealed that an increasing proportion of consumers are aware of and are considering the environmental impact of flying. This will be an important issue for passengers, the Government and the industry to consider in the context of the UK’s commitment to net zero carbon by 2050.”

Tim Alderslade, chief executive of trade body Airlines UK, said: “Delivering for the consumer is at the heart of an airline business and, as the latest CAA tracker shows, in the vast majority of cases passengers have an enjoyable travelling experience.

“More people are choosing to fly than ever before and airlines are committed to consistently improving their offering whilst reducing their environmental impact.

“Aviation is unique in having a global commitment to cut net carbon emissions by 50% by 2050 and airlines are investing heavily in more efficient aircraft and new technologies like sustainable aviation fuels to deliver this ambition.”

The survey does not take into account recent problems experienced by British Airways passengers.

Swathes of customers complained about difficulties getting through to the airline over the weekend after flights were cancelled ahead of a strike by pilots next month.