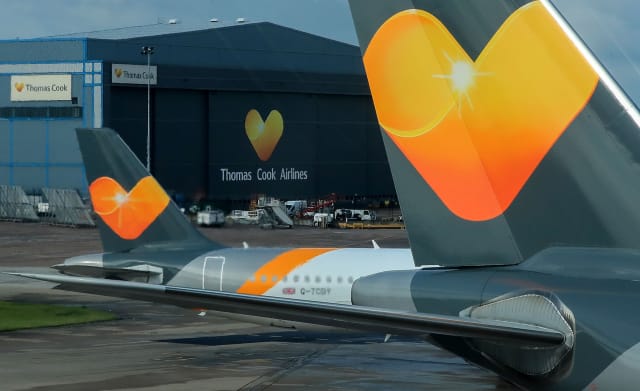 Troubled travel company Thomas Cook has agreed the key terms to a rescue deal with Chinese firm Fosun, lenders and bondholders to secure the company’s future.

Thomas Cook has agreed to sell the majority of its tour operator business and a stake in its airline business to Chinese conglomerate Fosun, as part of the deal.

The Chinese firm announced it will contribute £450 million of new money to the UK travel firm and acquire 75% of the company’s tour operator business and 25% of its embattled airline business.

Group lenders and bondholders will stump up around £450 million as well, for approximately 75% of the equity of the airline and up to 25% of new equity for the tour operator arm.

Thomas Cook confirmed that although shareholders will retain an investment in the company as part of the deal, shareholdings in the reorganised company will be “significantly diluted”.

It said that customers and trade creditors will not be affected by the restructuring deal.

The holiday firm said the deal is still subject to a number of conditions, including performance, due diligence and credit approvals.

Despite the move, it said it currently plans to maintain its listing on the London Stock Exchange.

The deal comes after Thomas Cook said last month that Fosun, its largest shareholder, was in talks to provide the £450 million contribution as part of a £750 million cash injection alongside lenders and bondholders in a bid to secure the future of the company.

It said that Fosun would help to recapitalise the company, with the help of the lending banks.

Thomas Cook has suffered recently as a result of mounting debts, reporting a £1.2 billion net debt in its half-year results in May.

It has also been hit hard by an influx of online competitors which has resulted in oversupply, forcing tour operators to cut prices